Hello my Shrublings and welcome to Shrubtown! Today we will be discussing the best deck to hit legend rank with in the Boomsday expansion meta right now.

Two examples which justify this:

2) Thijs, reached Legend Rank #3 with this deck. All credit for this deck goes to the amazing Thijs by the way. I saw his stream and instantly knew this deck was the best to hit legend with.

This article will explain matchups, tips, and tricks to help you get to Legend Rank too!

The Mulligan Against Aggressive Decks:

The Mulligan Against Control Decks:

Against Zoo Warlock: In this matchup, Lesser Jasper Spellstones are a must to ping off their cheap, early game minions. You will almost always want to use Branching Paths for armor just to survive long enough to drop a Spreading Plague or even a Master Oakheart. Always check the Warlock’s mana to determine if he/she could potentially have lethal next turn when deciding when to throw down a taunt and when to draw/ramp. Also, keep a watchful eye for if you’ll still survive through a silenced taunt minion.

Against Control/Even Warlock: In this matchup, you’ll want to keep an eye out for Demonic Project. Be wary of holding onto Master Oakheart, Ysera, Hadronox, or the Lich King for too long as it may get turned into a demon right before your eyes. Mulligan for ramp and build out a board which forces them to use twisting nether. One strategy is to hold onto a Dragonhatcher for when the inevitable twisting nether comes, or drop a Hadronox so that when your board dies, you have a way to refill the board quickly.

Against Odd Pali: Be extremely watchful for Level Up! and you will have no problem at all. Make sure to use your Primordial Drakes, Swipe, and Flobbidinous Floop effectively to clear their board while steadily building your own. You essentially win the game if you get out Master Oakheart early enough. Odd Pali lacks any substantial board clear, making Spreading Plague and your overwhelming taunt creatures far too much for Odd Pali to handle.

Against Odd Rogue: Odd Rogue is one of the harder matchups for this deck but definitely still winnable. The Biggest annoyance is Vilespine Slayer. Be sure not to rely too heavily on one taunt protecting you and mulligan hard for lesser jasper spellstones. You’ll likely be facing a Vicious Fledgling followed by a Hench-Clan Thug – be prepared with answers. Other than that, Odd Rogues can’t handle well-established boards, making this an unwinnable game for them when Master Oakheart is dropped or a Dragonhatcher is left alive.

Against Mind Blast Priest: Armor, armor, and more armor. Be sure to keep Malfurion the Pestilent if he is in your opening hand. This game is won by staying out of Mind Blast Priest’s 16 damage lethal combo. Other than that, be cautious for Psychic Scream and be able to replenish a completely wiped out board. Hold onto a naturalize for when Alexstrasza comes down and you’ll have no problem in this matchup.

Against Spell/Secret Hunter: Against Spell/Secret hunter you’ll want to be ready for Lesser Emerald Spellstone to come down. Now, although we don’t have great removal for 3-health minions, we do have ways to kill them as well as ways to generate additional cards to kill them. First, a well-timed spreading plague, followed up next turn by a primordial drake is a surefire way to finish off those pesky minions. Moreover, both Ysera and The Lich King generate ways to kill 3-health opponents. Ysera has Ysera’s Awakening and The Lich King has Death and Decay. You can even outvalue Deathstalker Rexxar with an overwhelming board and a little luck. ?

Against Deathrattle Hunter: Played slightly different than against Spell/Secret Hunter, this matchup is easier for us to win. Deathrattle Hunters lack substantial board clear, making your Master Oakheart drop most likely a game-winning moment.

Against Odd War: The biggest threat to watch out for in this matchup is Brawl. That being said, DO NOT be afraid to drop Master Oakheart and build a big board – you can win through a big board combined with +2 from branching paths to push for lethal. As backup, you have card generation from The Lich King and Ysera AND Hadronox as a backup to that. Only because of this deck’s multiple win conditions does it stand a chance against Odd Warrior.

Against Aggro Mage: In this matchup, armor and board control are key. Branching Paths will almost always be used for armor. Don’t be afraid to use an early naturalize on a growing Mana Wyrm or Spell Powered minion to survive that extra turn. A lot of the time, surviving even one extra turn can make all the difference between life and death.

Against Malygos Druid: Similar to Mind Blast Priest and Aggro Mage, the best way to beat Malygos Druid is by generating too much armor for a Malygos Druid to burn. Be sure to mulligan for an early Malfurion the Pestilent but also ramp out steadily. Another surefire way to beat this deck is through overwhelming them with Master Oakheart.

Against Togwaggle Druid: I only faced one Togwaggle Druid on my climb from Rank 3 to Legend but I lost. The Best strategy is to mulligan for Oakheart and Ramp. Flood the board and kill him before he can get out his combo. Save your Branching Paths to give your full board +2 attack.

Against Even Shaman: Pretty straightforward matchup. Ramp while clearing his board. Spreading Plague and Primordial Drake are the MVPs here.

Posted below are the deck code and my deck tracker stats from Rank 1, 0 stars. If you have any questions, feel free to comment on this article or on the YouTube video directly. And if you liked this article, please like and share. Thank you for reading and have a wonderful day! ? 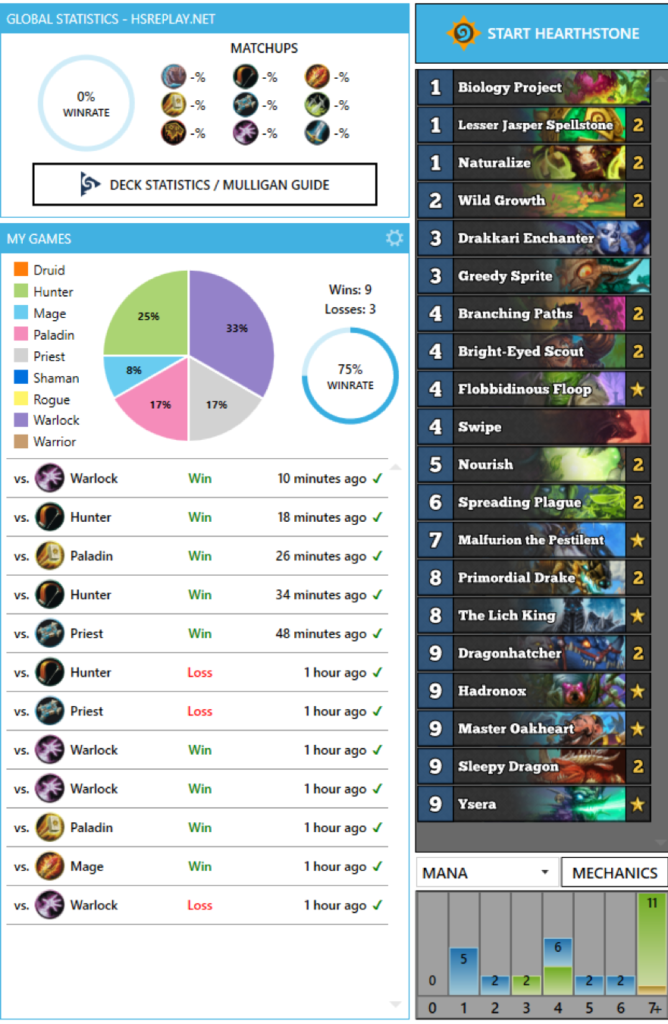 Demonshrub is a monthly recurring legend player and tournament goer. His goal is to provide informative and well-structured content to help players achieve their desired rank in Hearthstone. 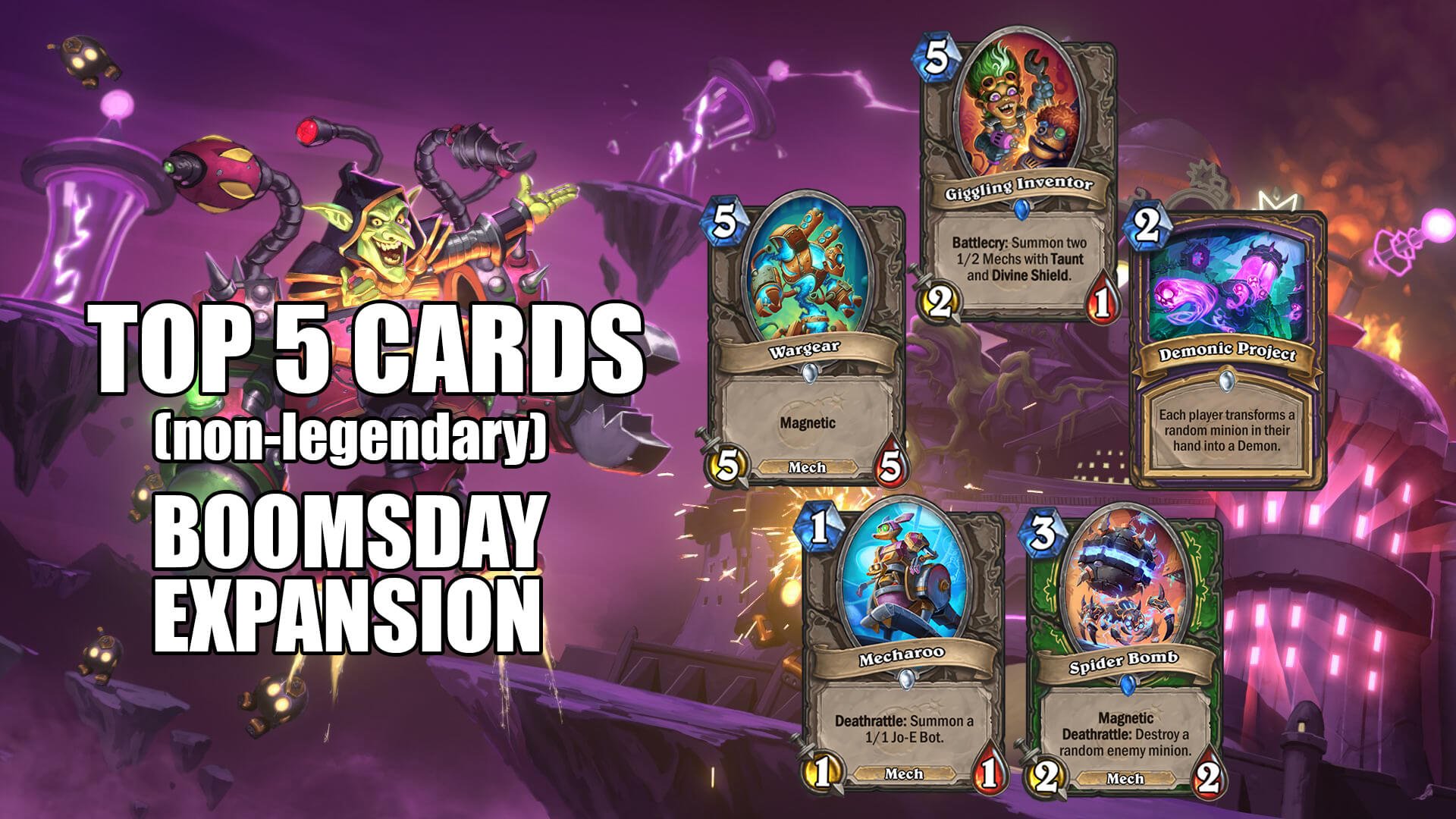