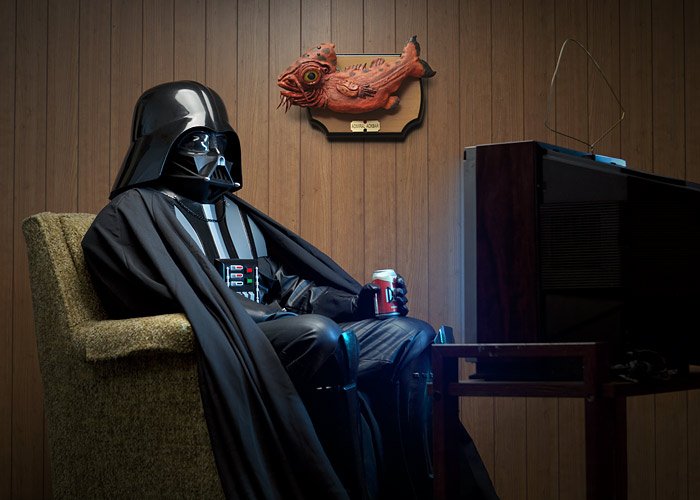 The Star Wars franchise has had its share of…novel…novelty items, but this one takes the fish cake. ThinkGeek has taken the animatronic and iconic Billy Big Mouth Bass and geekified him, giving him a rust colored body and the head of Admiral Ackbar. Actually, ThinkGeek did this in 2012 as an April Fools Day trick, but after fans realized that they couldn’t actually purchase this terrible piece of awesomeness, they voiced sincere disappointment; hence, Admiral Ackbar Singing Bass is now a real consumer item. Rather than “singing” redneck anthems, Admiral Ackbar Singing Bass wiggles to the Cantina Song from the original Star Wars movie, then effervescently gives us the line that has come to define him all these decades: “It’s a trap!” As if this weren’t silly (and glorious) enough, ThinkGeek has taken Ackbar’s motto and beat the proverbial dead horse with it in the cheeky product description on its website:

I dare you not to giggle when you see the context.

Al Green, who wrote and recorded one of Billy’s songs, “Take Me to the River”, has said that he has made more money off the royalties from Billy’s use of the song, than through the actual record? People love their singing wall plaques, it seems, and now, Star Wars fans can too.

The video at the bottom of the purchase page is also a mandatory watch for any Star Wars fan. Not only do you see Admiral Ackbar Singing Bass in action, but you are given a glimpse of an entirely different side of Darth Vader. (Could someone confirm whether Darth is eating a McDonald’s Filet-o-Fish?!)

If we didn’t know ThinkGeek, we might not be able to condone such outright silliness, but if there is one thing we geeks do well, it’s laugh at ourselves, right?

Admit it – with his bulging eyes and fish lips, Ackbar has always looked like a goldfish to you and actually looks right as a fish. Admiral Ackbar Singing Bass is so adorable, we might just be able to overlook ThinkGeek’s mistake: Ackbar is one of the Mon Calamari, not technically a “fish”. Like Billy, Ackbar is set off either with a push of a button or when motion is detected. Unlike Billy, it will be a long time before the Ackbar joke gets tired – at least for true Star Wars fans.

What else would you expect from the creators of the Tauntaun Sleeping Bag, with its lightsaber zipper pull, intestine print on the inside, and simulated tauntaun fur. You know what? With things like the Death Star popcorn machine and beanbag chair, BB-8 desk lamp and tea set, C3PO can cooler, lightsaber chopsticks, Light Side/Dark Side rug, X-Wing knife block, Han and Leia hand towels, Chewbacca Christmas stocking, and other absolute necessities, you could furnish your entire home with Star Wars paraphernalia.

You can find Ackbar at http://www.thinkgeek.com/product/ee06/.