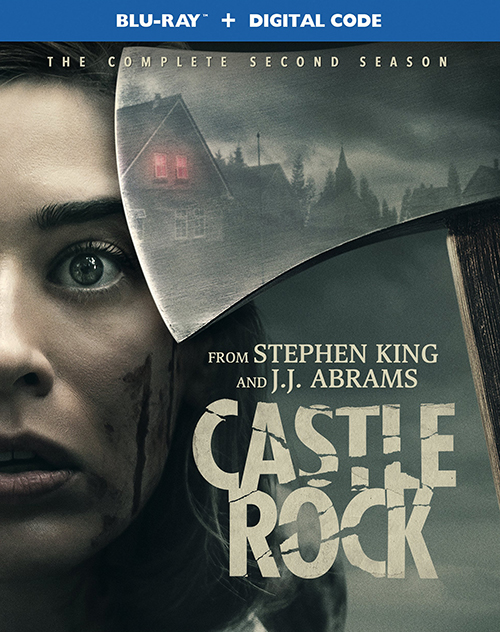 Springing from the King closet of season one like so much that goes bump in the night, Castle Rock: Season 2 cements the staples that King is, well… King; horror doesn’t always have to be bloody to be brilliant; and Lizzie can certainly throw a tizzy better than your average bad girl. Yes, King fans, ankle-crackin’ Annie is back – portrayed beautifully by a more than competent Caplan – to keep the folks of Castle Rock on their toes and eager fans up all night with the lights on.

To add to Annie’s fire, located on “the other side of the tracks” – if there is such a thing in Castle Rock – we have the Merrill Clan, spearheaded by King alum Tim Robbins and squared off by strong performances from Abdi, Warsama, Sparks, and Alan. If fans thought King’s Margaret White, Nettie Cobb and Jack Torrance were collectively crazy, it’s safe to say some of the Merrill’s sure put up a fight for first. And while season two may bring with it some convolution, confusion, and a leaning bias towards all things Wilkes. Still, the caliber of freshly realized characters, storyline and performances more than make up for a few season missteps. It’s important to keep in mind that the series isn’t meant to be a verbatim re-telling of King’s beloved prose, but rather an alternative – or dare I say enhancement – of his master crafted characters all wrapped up in newly proposed theories and twisting plots.

If there is a failing here, it isn’t with the series but rather with the supplements of the Blu-ray set. Granted, most television seasons are hard-pressed to compete with the big bonus draws of feature film materials; but still, only one bonus featurette – albeit a good one – is included. Remaining fixated on all things Annie, Annie Wilkes: Mother of Sorrow offers fans a nice 17-minute plunge into our nutty nurse, including Caplan’s views on the iconic character and the choices she made to pay homage to – while still differentiating from – the Academy Award winning performance of Wilkes by Kathy Bates. And while the featurette does touch on some of the remaining cast throughout the season, I believe an opportunity to fully realize the remarkable roster of season two was largely missed. It would seem that even at the end of the season run there’s still no love for the Merrill clan.

So, in a town that’s uncanny and home to one crazy Annie, Castle Rock: Season 2 hobbles the horror genre once again.