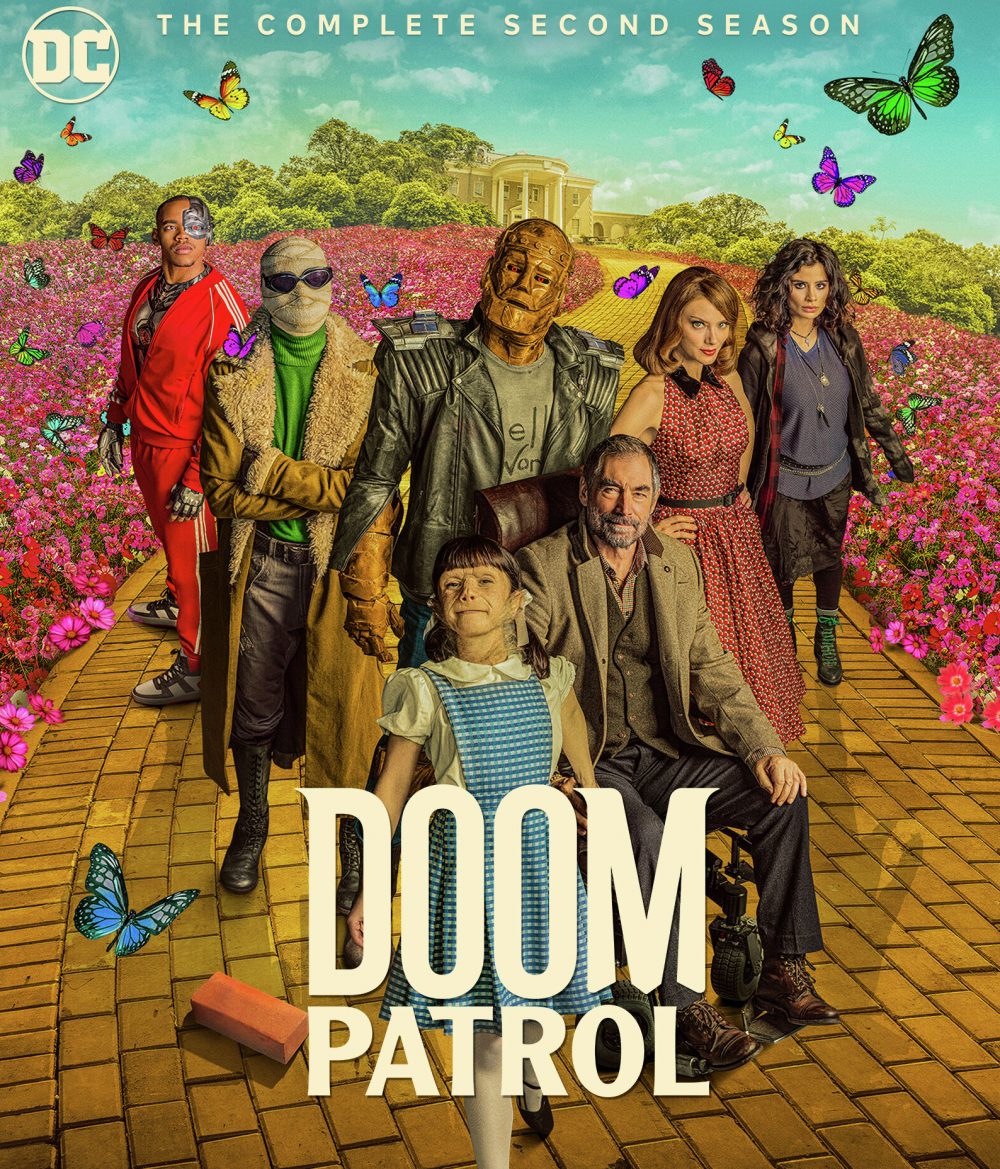 With stellar plots and performances drawing you in, and wicked one-liners like, “We’re the Sex-Men,” Doom Patrol: Season 2 is odd-ball bliss with a DC twist.

DC’s daring delinquents are back, this time bringing with them a more subdued and scary season two. And while it’s true that some of their seasoned shenanigans could be considered – even by comic standards – a bit over-the-top, the refreshing writing and super-powered talent of the returning cast makes Doom Patrol: Season 2 a sublime secondary entry in the must-see DC canon.

For the uninitiated, if the Island of Dr. Moreau mated with the Island of Misfit Toys, Doom Patrol would be that nutty mutt. But what makes this caustic and cantankerous crew – and indeed the series – work best is the plausibility of it all. Without a doubt, if it were possible for “Robot Men” and “Elasti-Women” to be forged in the real world, Doom Patrol would likely be the super-hero synagogue and support group of those creations.

A sparse extras menu is, perhaps, the only drawback for this release, but I would argue that both offerings contain great content and are likely what fans of the show would ask for, given the choice. The Transformers is a wonderful 9+ minute dive into the special effects of Doom Patrol, in particular a brief conversation with makeup artists Derek and Eric Garcia and designer Bill Johnson; and a multi-stage prosthetic application given to Abigail Shapiro, who portrays Dorothy in the series. The other offering – the shorter of the two at just 2+ minutes – is a Come Visit Georgia PSA. Unlike typical PSA’s, though, this one contains insights from production designer Carey Meyer on the many choices made involving the quaint and quasi locales of season two.

So, with stellar plots and performances drawing you in, and wicked one-liners like, “We’re the Sex-Men,” Doom Patrol: Season 2 is odd-ball bliss with a DC twist.

Studio Synopsis: DC’s strangest group of Super Heroes are back again to save the world – that is if they can find a way to grow up…both figuratively and literally. Following the defeat of Mr. Nobody, the Doom Patrol now find themselves mini-sized and stranded on Cliff’s toy race car track. Here they begin to deal with their feelings of betrayal with Niles Caulder aka The Chief, while confronting their own personal baggage. As each Super Hero faces the challenge of moving beyond trauma and failure, they must come together to protect the newest family member, Niles’ daughter, whose powers remain a mysterious but real threat to bringing on the end of the world.