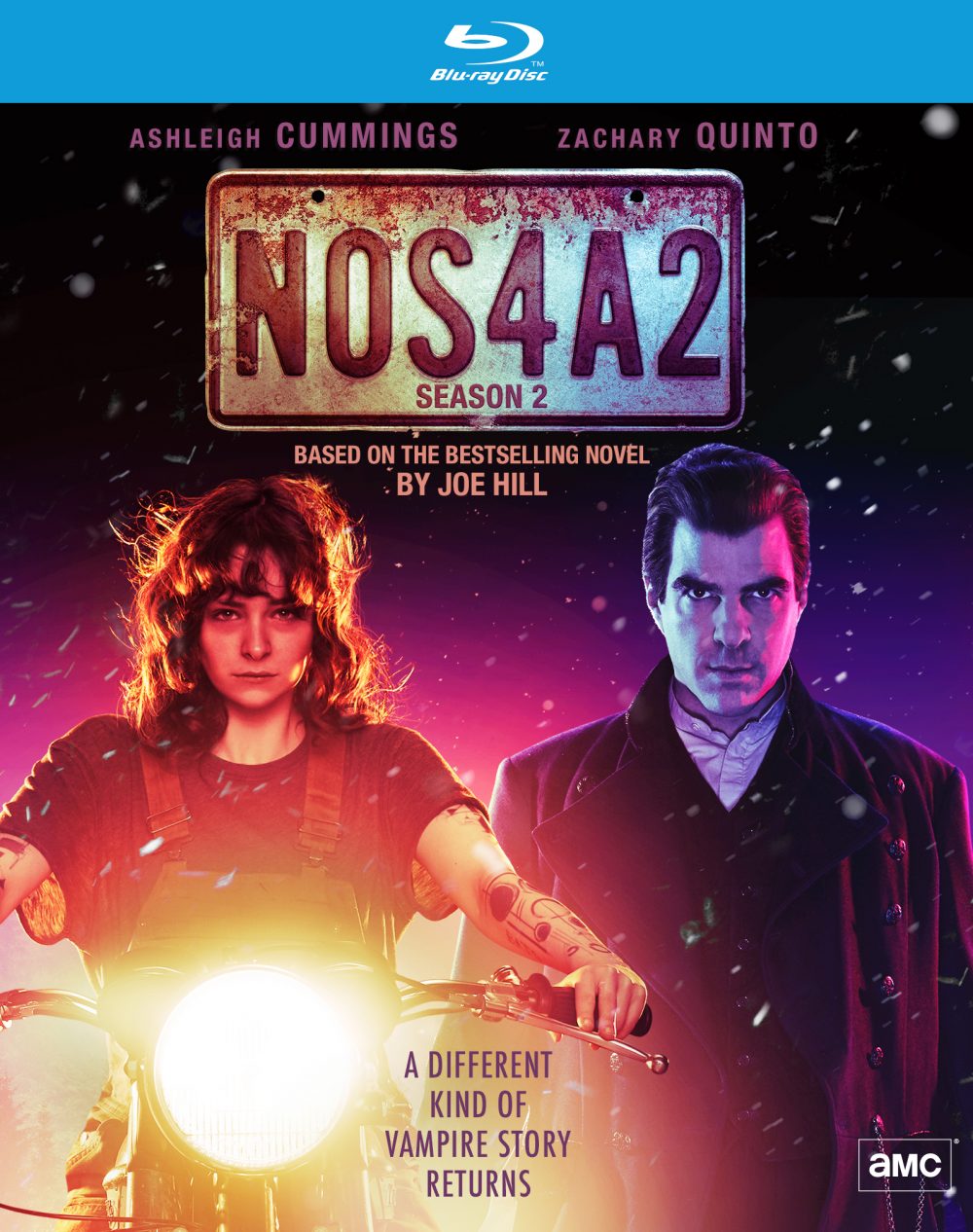 With an outstanding cast set, both in and out of the casket, NOS4A2: Season Two proves that a series can indeed “suck” and still be stellar.

When one hears of a place called “Christmasland,” visions of candy-cane fences and elf-laden avenues decorated in glittering tinseled decadence spring to mind. But as season two of the riveting thriller NOS4A2 proves time and time again, while Manx’s menace-made Christmasland may indeed be overflowing with children, the slays in his town are anything but one-horse open.

As season two of this dark-horse series rolls out – as is typical with most season two series offerings – things are getting particularly personal between Vic and Manx. What’s more, Quinto’s Manx seems to be losing some of his dark charm, portraying him more as a monster, while Cummings’ Vic thankfully sands down some of her rough edges. And while one can never be sure if these smart decisions are to the credit of the actors, writers, or a collaborative combo, what is for certain is that the series’ grip gained considerable bite in the process.

Season two successfully skates the genre split between taught psychological thriller and hair-raising horror, bringing a unique twist and mystique to the typical blood-sucker tale. If there is a down-side to the series, it would lay in the grave of the “8 years later” ask. After all, if a series is going to ask for a considerable investment from viewers, perhaps it’s best to sip and not suck with gusto.

The season two bonus material is on par with the series, with an interesting “unholy trinity” approach. Aside from the Comic-Con@Home Panel, the remaining features – “A Look at Season Two,” “Catching Up with the Characters” and the insightful “Origin of Charlie Manx” – beautifully dove-tail together to provide a commendable commentary on both the events of the series up to now and the performance choices made by it’s esteemed inhabitants. The Comic-Con@Home panel – like the features – is largely led by Quinto, with Cummings being regrettably absent from the Zoom call. However, both showrunner Jami O’Brien and series inspiration and author Joe Hill – for true book loyalists – join Quinto in what turns out to be a very enjoyable panel indeed.

So, with an outstanding cast set, both in and out of the casket, NOS4A2: Season Two proves that a series can indeed “suck” and still be stellar.

Studio Synopsis: NOS4A2 Season 2 picks up eight years after the events of season one. Vic McQueen remains more determined than ever to destroy Charlie Manx. Charlie, having faced his own mortality, emerges desperate for revenge against Vic. This time, he sets his sights on the person who means most to Vic – her eight-year-old son Wayne. The race for Wayne’s soul sends Vic and Charlie on a high-speed collision course, forcing both to confront the mistakes of their pasts in order to secure a hold on Wayne’s future.

Special Features:
– A Look at Season 2
– Catching Up with the Characters
– The Origin of Charlie Manx
– Comic-Con@Home Panel