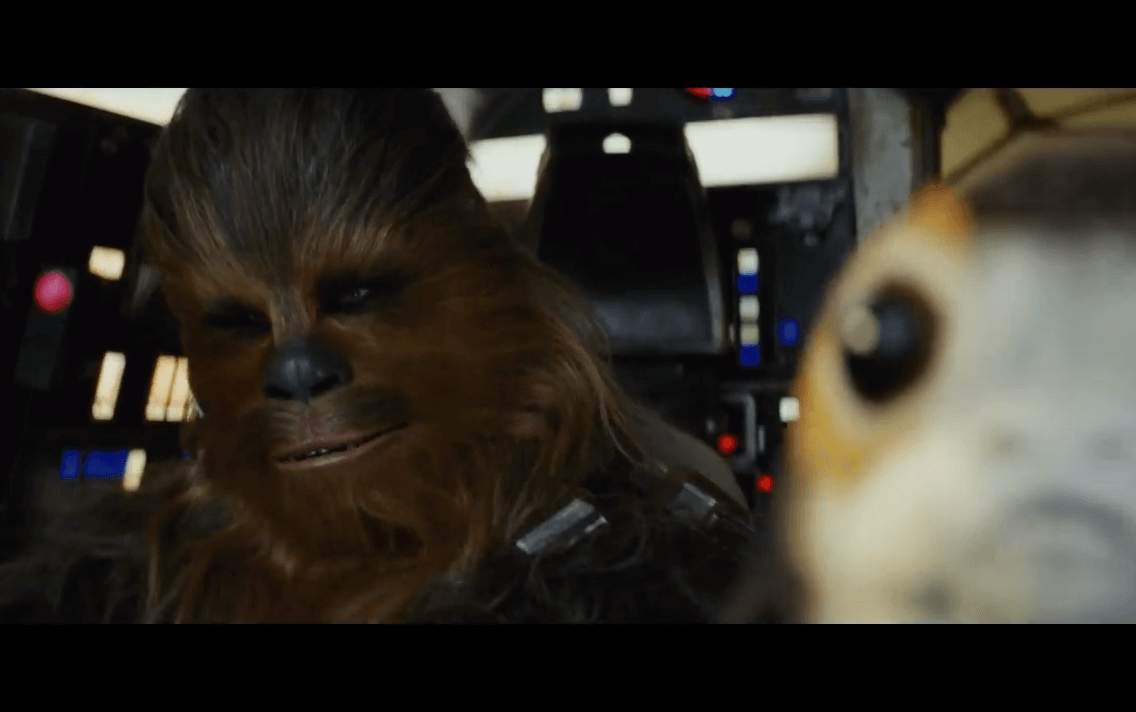 Who Is Chewbacca’s Porg Friend?

The latest and likely final trailer for Star Wars: The Last Jedi, and there was a lot for eager fans to look at — including a great look at Chewbacca hanging out with a porg.

Adorable porgs have appeared in promotional material and merchandise for the next installment of the Star Wars franchise, but despite being adorable some of the information about the creatures has been a little disturbing. A tie-in book, Star Wars Made Easy, recently revealed that the adorable little bird-like creatures who live on Ahch-To might just be a food source. The book casually describes porgs as “Cute? Definitely. Tasty? Maybe…” with the implication that Luke (and other characters) may just be feasting on the birds, though Mark Hamill clarified on Twitter that Luke is actually a vegetarian. 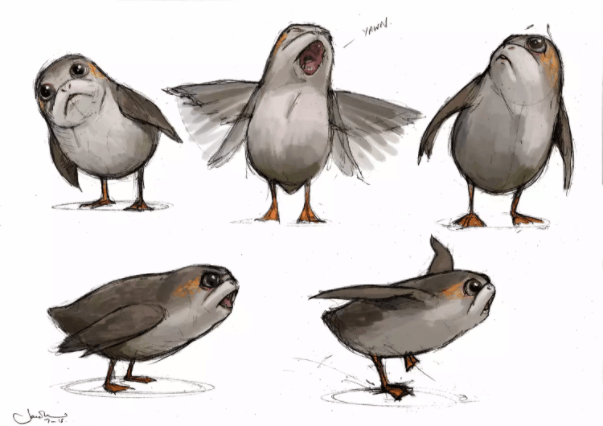 While Hamill may have been clear that Luke has never actually eaten a porg that doesn’t mean others haven’t feasted on the cuddly-looking creatures. There have been other clues in the film’s promotional material that indicate others do eat porgs. A coloring book showed Ahch-To’s caretakers trying to trap porgs and a behind-the-scenes video included a brief look at Chewbacca with a feather sticking out of his mouth.

Porgs, who writer/director Rian Johnson confirmed are sea birds, have feathers folks. However, it’s still entirely possible that Chewbacca’s feather in them out doesn’t belong to a porg. Or, if it is a porg, maybe it’s a different porg than the one riding shotgun in the trailer and Chewbacca has since mended his ways and sworn off the creatures. From the footage in the trailer, when Chewbacca speaks and the porg speaks, too, it certainly looks that the loveable wookie’s relationship with that porg is more friend than food.

At least fans hope so.

Fans can find out more about porgs — and Chewbacca’s porg buddy — when Star Wars: The Last Jedi opens on December 15.