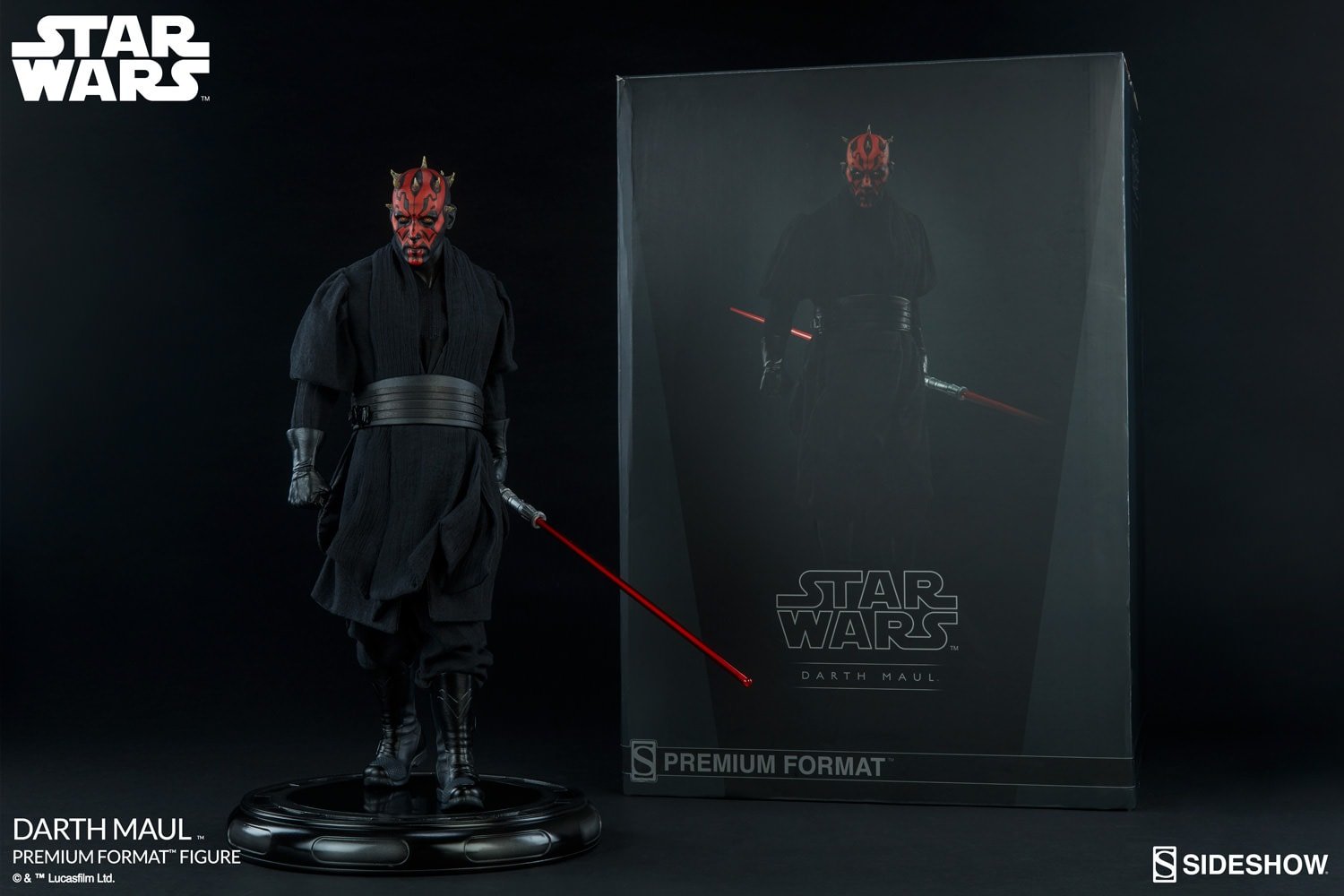 For a character who only had a handful of lines, Darth Maul made quite the impression on Star Wars fans. Of course, he has a lot going for him. There are the yellow eyes, the horns, the red-and-black face and last but definitely not least, that super-badass dual lightsaber (who could forget the moment in The Phantom Menace when one laser blade comes out and BAM! out comes the other?).

The Darth Maul figure looks so much like actor Ray Park’s portrayal of the character that you’d almost think Sideshow shrunk him down to miniature size. The figure stands 19.5” high and weighs six pounds. In addition to capturing Maul’s sinister physiognomy perfectly, the figure has a black fabric robe that matches his samurai-inspired garb. Sideshow even gave it a lightsaber that lights up! With so many cool details, there’s only one problem with the Darth Maul figure: It might scare the other figures in your toy collection. Here’s what Sideshow had to say about the Darth Maul Premium Format Figure:

Our Darth Maul Premium Format™ Figure captures the highly detailed likeness of Ray Park as the feared Sith. From a tattooed face beneath a crown of thorns, his gleaming yellow eyes piece onlookers, which his stance – light-up double-bladed lightsaber clenched in hand – is one of absolute power and control. Wrapped in a fabric costume, the piece begins to exude the grace and intensity of this imposing character.

The Darth Maul figure is available for pre-order on www.sideshowtoy.com. You can make one payment of $519.99 or choose from payment plans starting at $156/month.

Pre-Order yours today before it’s goes on backorder or worse sold out forever!