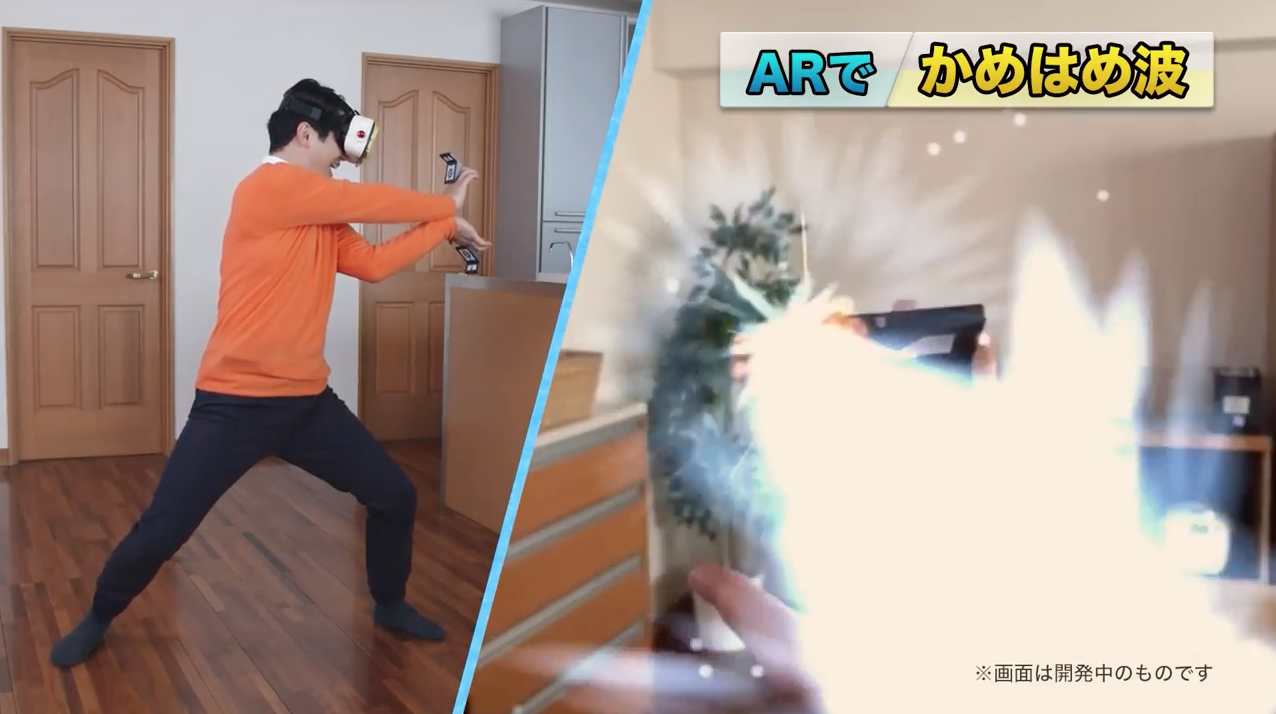 Admit it. You’ve had a few childhood dreams about launching an energy ball or two from your hands whether it’s a ki blast or the ultimate, Kamehameha.

Well, those dreams are now a reality. Virtual Reality that is, thanks to MegaHouse, a Japanese toy maker. They are releasing a VR mobile gaming set called BotsNew Characters VR Dragon Ball Z. It houses a smartphone along with a downloadable mobile app that will deliver an EPIC DBZ experience (fingers crossed). The VR kit is cleverly branded as a Capsule Corporation product that comes with a headset, hand sensors and a VR mat. From what we’ve seen in the trailer, the game delivers cel-shaded adventures that allow players to explore key locations from the show along with Augmented Reality overlays for the real world. You know you’ve wanted to use a scouter and scan everyone’s power levels at one point or another (I know I have). Oh, and it even lets you simulate some awesome Saiyan destruction around you as you Kamehameha away. Now go and live out your Dragon Ball Z dream(s)!