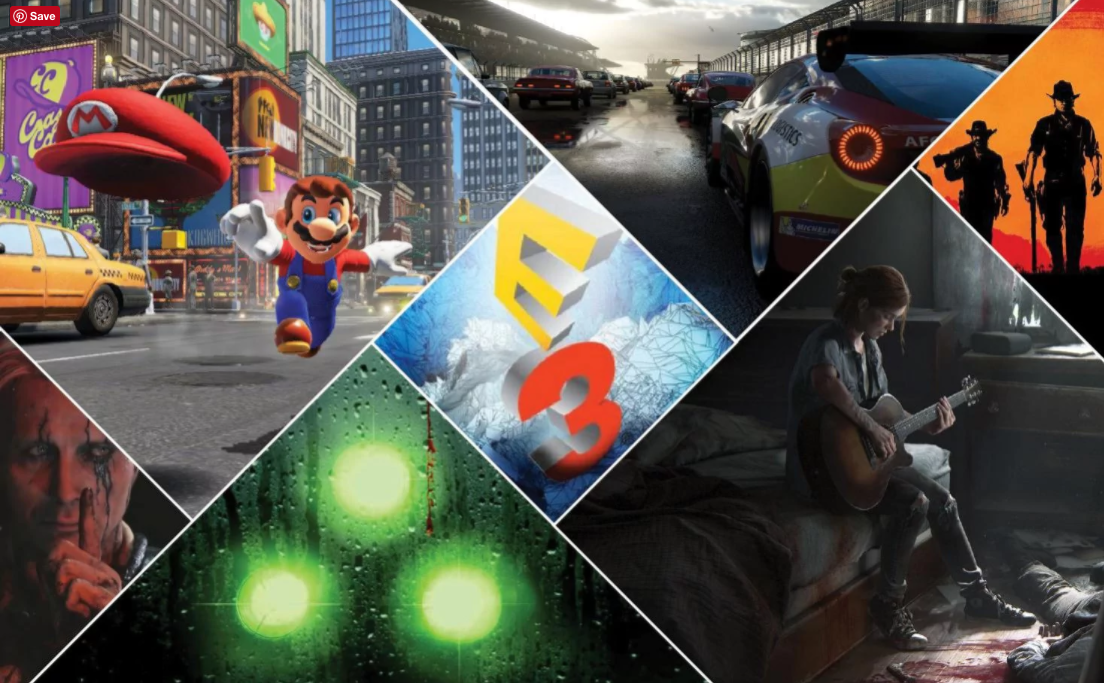 On June 15, E3 2017 wrapped up three days of video game mayhem. Outlets are reporting that 60,000-70,000 people attended this year’s show, the very first in its history that was open to the public.

Some show-goers expressed disappointment with this year’s event—has anything ever satisfied all fanboys/fangirls at the same time? In any case, it still had more than enough exciting stuff to confirm its status as the world’s best video game show.

Lots of cool games got their unveiling—or their introduction, at least—at this year’s E3. Here are some of the biggest highlights in no particular order. Your friendly neighborhood Spider-Man has had a rough time in the world of video games. Previous games haven’t necessarily been bad; they just haven’t been all that great.

For the upcoming PS4 game, Marvel and Sony have partnered with Insomniac Games to give Spidey the all-out web-slinging, building-swinging, spider-sense-tingling treatment he deserves. People have already started comparing this to the Batman: Arkham games. Everybody’s favorite plumber (well, second favorite if you prefer green to red) returns! It’s been 15 years since Mario entered the 3D arena—2002’s Super Mario Sunshine, to be specific—so the demo of Super Mario Odyssey was, to put it mildly, a huge friggin’ deal.

Due out just in time for the start of the holiday season, the latest release in the quintessential Nintendo game series is all but guaranteed to be a blockbuster. The world of Odyssey should give gamers loads of places to explore and things to discover. Not only that, Mario’s got some sweet new tricks, including the ability to use his red cap as a weapon. 2014’s Middle-earth: Shadow of Mordor was one of the most intense, exhilarating gaming experiences of recent years. Its follow-up promises to be even better. Middle-earth: Shadow of War boasts bigger and fiercer battles and a diverse loot system. It also has a sophisticated Nemesis system, which renders the world of the game even more complex and striking. What’s Elvish for “mind-blowing?” Admittedly, E3 2017 didn’t have a lot of knockout VR games. Still, Ready At Dawn provided some wows with this game. In Echo Arena, two teams of up to five players compete against each other in a zero-gravity arena. You glide, bounce off walls and try to throw your ball into the goal. You can even punch people on the opposite team and ride on another player’s back. Like the Indiana Jones movies (well, not Crystal Skull, but let’s forget about that one), the original Wolfenstein tapped into the complete and utter satisfaction that comes from seeing a Nazi get the snot knocked out of him. This wasn’t the only thing that made it the game one of the most popular first-person shooters of all time, of course, but it certainly didn’t hurt.

The pioneering franchise got a high-powered reboot in 2014 with Wolfenstein: The New Order. At this year’s E3, attendees got the chance to lay waste to some more Nazis with a 20-minute demo of Wolfenstein II: The New Colossus. In the new game, Nazi soldiers and cyborgs have taken over the US. Once again, BJ Blazkowicz must terminate these uber-baddies with extreme prejudice. We know you’re excited for The Last Jedi. We are too. If you can’t wait til December for some lightsaber action, this bad boy should hold you over for the month leading up to Episode VIII’s release.

Star Wars: Battlefront II addresses gamers’ biggest complaint about its predecessor with a full single-player story mode. Not only that, it augments the multiplayer mode with more weapons, more environments and characters from the original trilogy, the prequels and The Force Awakens. The Force is strong with this one.

Beyond Good and Evil 2 (Platforms TBD—Due out TBD) When game developer Michel Ancel announced that Ubisoft was working on the follow-up to the acclaimed Beyond Good and Evil, the man actually broke down and cried. The new game—which is actually a prequel—will drop the characters from the original game in a massive, fully fleshed-out universe.

Will Ubisoft be able to make good on their enormous ambitions? We’ll most likely have to wait for a year to two to find out. Still, you have to give them props for shooting for the stars. In addition to Beyond Good and Evil 2, Ubisoft unveiled the new game in the Far Cry series. In Far Cry 5, players will fight to save a small Montana community from an evil doomsday cult. This release might kick up some controversy: The cult calls to mind the real-life extremists and militias popping up here in the good ol’ U.S. of A. The game’s Last Supper-parodying cover art may push some buttons too. Also, is the cult leader’s name, Joseph Seed, meant to remind folks of a certain religious leader?

In any case, Far Cry 5 should make for some exciting gaming. You’ll get to roam around and investigate a detailed, realistic world. Give Ubisoft credit for pushing the envelope in a variety of ways. Regardless of how you may feel about the new Pirates of the Caribbean movie, there’s no denying that pirates can still be a boatload of fun. Microsoft proved this at E3 2017 with Sea of Thieves, an impressively complex game crammed full of treasure-hunting, seafaring and swashbuckling. You can go buccaneering with up to three other players, and Rare has packed in a lot of fun features and characters. Start practicing your arrrrs, matey. Gamers may need to wait for a while for Bioware’s latest RPG, but it should be worth it. Players will get to engage in high-energy, sci-fi action in a vast online universe. Not many details came out at E3, but fans of Mass Effect should look forward to this one.