Ok so, let’s say you live in a country sandwiched in between two really big empires. Soon one of the empires invades your home and your country is definitely taken over. The next thing you know, you’re teaming up with a princess, an ex-war hero, and some sky pirates to incite a revolution.

Welcome to Final Fantasy XII: The Zodiac Age, a remaster from the original PS2 game redone and reimagined for the PlayStation 4. Released on July 11, 2017, Square Enix brings back a hidden gem with new graphics, new sounds, and a completely different way to play compared to the original.

When FF12 came out in 2006 it flew way under the radar for many gamers. At the time, the PS3 and the Wii were on the horizon of release so the game was overlooked and underplayed. With this remaster, The Zodiac Age arrives with a fresh coat of paint and a myriad of minor changes that usher in a positive experience for new and old players.

First, let’s talk about appearances. When it comes to remasters, there are certain key points that are typically fulfilled. The obvious ones are graphical improvements for current gen consoles, new music or sounds for a better immersive feel, and some gameplay tweaks. The Zodiac Age hits these points and then goes the extra mile to bring to light a game that was majorly overshadowed during its original release. One of the smallest but arguably most valued improvements is the fast forward function. This allows players to accelerate time which is useful if you’re grinding or simply walking around in an already immense world. The graphical improvements going from PS2 to PS4 add even more beauty to an already elegant environment. The remaster also adds a completely re-orchestrated soundtrack to the game but does give you the option to listen to the original in case you’re feeling nostalgic. 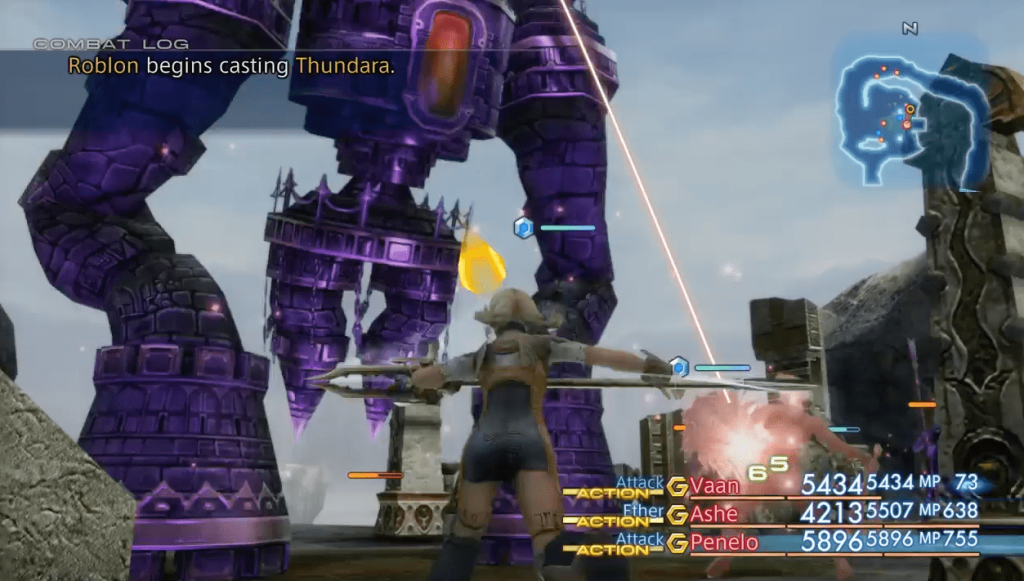 Graphics and sounds are great but the real focus of The Zodiac Age is within the gameplay itself. One of the major points for FF12, in general, is the combat system. In prior games, combat was turn based where players would input actions and have to plan out their strategy. FF12 still does this but rather than turn based, combat happens in a more lively setting. FF12 also introduces the Gambit System which basically serves as a watered down form of programming. As characters level up and learn new abilities, players can assign them new and different commands that can happen automatically. For example, you can set gambits for characters to use potions if someone’s health falls below 40% or script your party to douse an enemy in oil, which makes them weaker to fire damage, and then have another set them ablaze. Gambits allow for some very creative ways to playing which is a necessity for all the different boss battles that you come to experience as you travel the world of Ivalice. 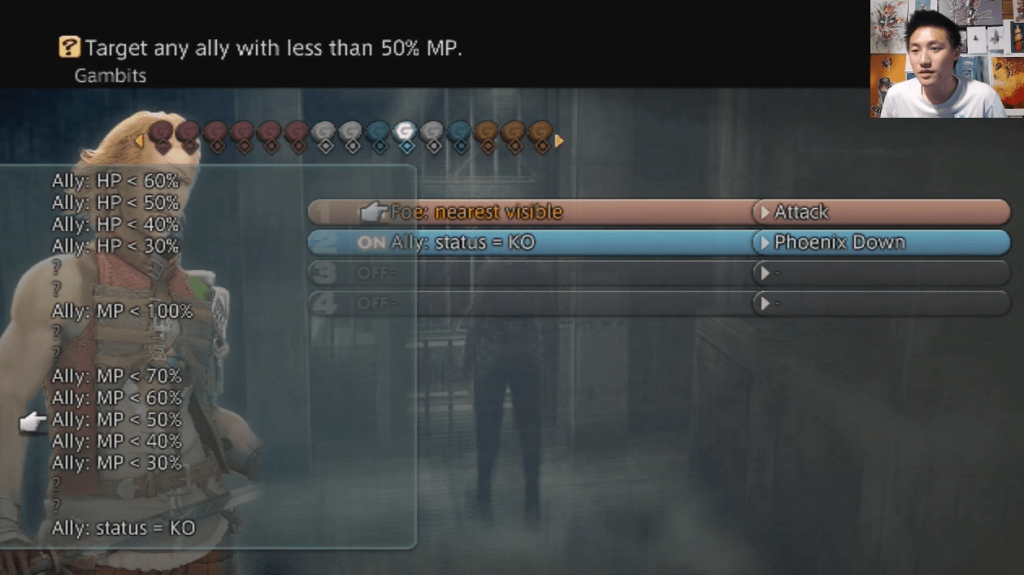 Another big improvement for The Zodiac Age is the job system. Characters become more powerful by acquiring License Points (LP) from defeated enemies and using those points to unlock nodes on a License Board. These nodes allow for better equipment, spells, and even more gambit slots. With the 2006 release, the License Board was a huge mess that made things much more complicated than it should be. With The Zodiac Age, the board is carved up into tidy jobs that can be assigned two per character. With this kind of organization, you’re always making an interesting decision: Which jobs should I use? Which nodes take priority? How should I balance my party? 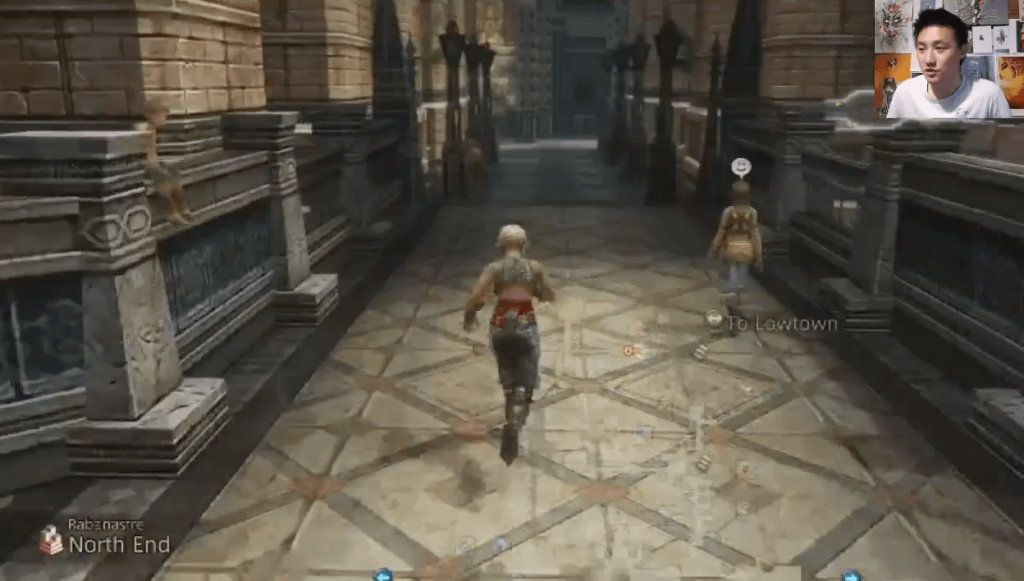 Final Fantasy 12 has a refreshingly down-to-earth story that focuses on the struggles of characters caught in a web of politics and war rather than the stereotypical “saving the universe” trope that most JRPGs have. The story has the focus on the characters and their small, but no less important, roles within a much larger struggle that is filled with twists, betrayal, and triumphs that make the story feel more impactful. I really appreciate the amount of detail that was taken to create a world with so much depth. With such a huge narrative it can be slightly tedious to read the reams of dialogue but there is a rewarding experience when talking to NPCs and hearing their plights within this universe. While the story is fairly linear, the world is semi-open and allows you to explore huge portions of maps straight from the beginning with few restrictions. Wandering off can yield bountiful rewards like treasure and high-grade loot but does have the risk of encountering equally high-grade enemies. 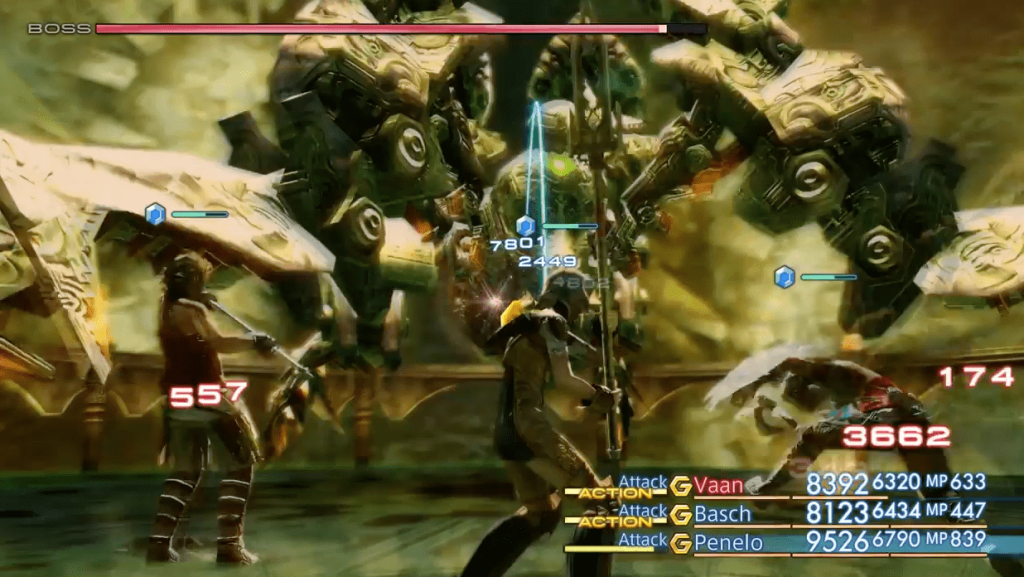 Overall, Final Fantasy XII: The Zodiac Age is a game that soars through like a phoenix rising from its ashes. It’s a game that has aged remarkably well and the remaster improves it further in meaningful ways. From the narrative to the visuals, and right to the gameplay the changes keep the game interesting as they did over a decade ago.