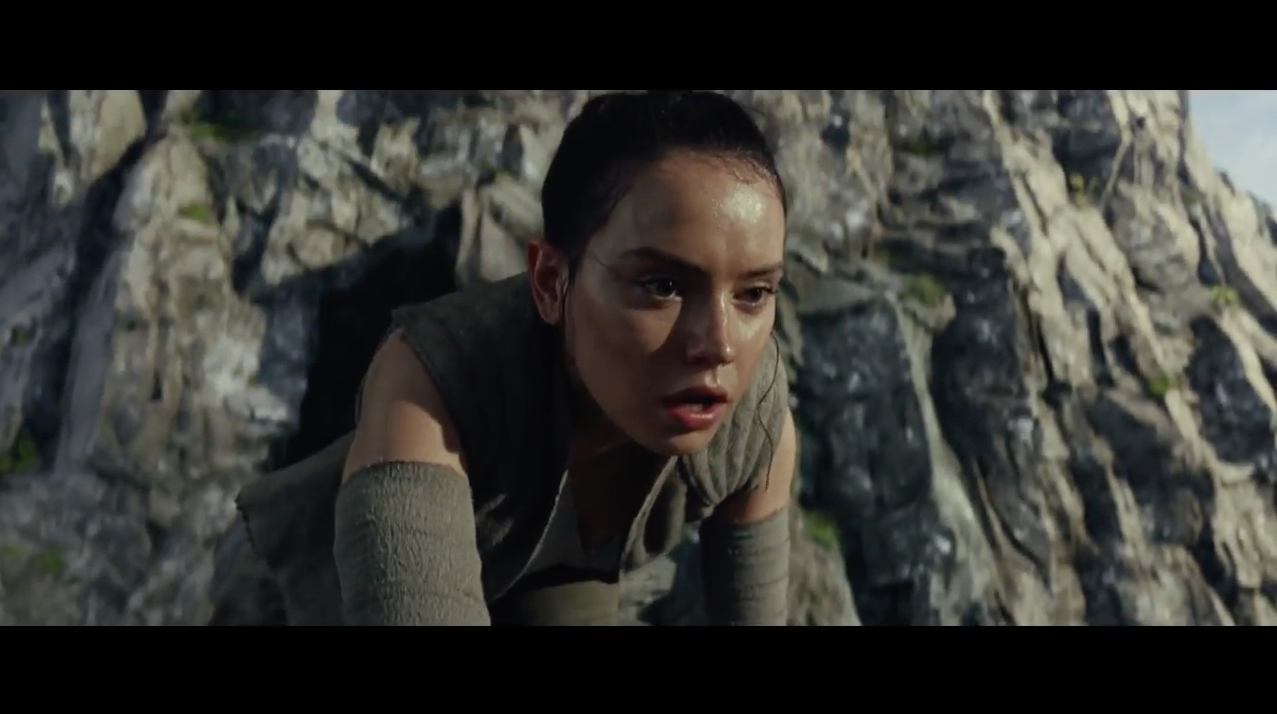 Lucky audience members at the Star Wars Celebration Fan Convention in Orlando, Florida had the honor of seeing the first trailer for Star Wars: The Last Jedi (Episode VIII) – even before the trailer hit the Internet.

In the trailer, we see glimpses of Rey’s training under Luke Skywalker as Mark Hamill’s sagely voice slowly and methodically tells her to

As the screen goes black, he asks,

If a shiver didn’t go up your spine at that moment (the first time), you may have forfeited your right to call yourself a Star Wars fan.

Indeed. The cinematic poster for The Last Jedi was revealed. Ridley was coy about Rey’s genealogy but did acknowledge that her backstory is explored more in the upcoming film. According to Johnson, the film is still in the

According to Johnson, the film is still in the post-production stages.

There was a touching tribute to fallen princess Carrie Fisher (Leia), and later, a special tribute by Mark Hamill.

Fisher had completed her work on The Last Jedi prior to her unexpected death over the Christmas holidays, but had not shot her scenes for Episode IX, which is set for release in 2019.

Her brother, Todd Fisher, recently confirmed that General Leia will nevertheless appear in Episode IX via unused footage from what had been filmed for this sequel trilogy.

Although a young Leia appeared at the end of Rogue One: A Star Wars Story through the magic of CGI, producers have pledged not to use CGI technology for General Leia in Episode IX.

Last year, anthology film Rogue One bridged the gap between the events of Episode III: Revenge of the Sith, the third of the prequel trilogy released a decade ago, and Episode IV: A New Hope, the first of the original trilogy and the film that started it all.

The Last Jedi is set to hit big screens later this year on December 15, and in 2018, another anthology film dedicated to a young Han Solo will arrive in theaters. That film will star Alden Ehrenreich, Donald Glover, Emilia Clarke, and Woody Harrelson, and will be directed by Phil Lord and Chris Miller. The following year will bring us Episode IX.

Yes, Luke, there is so much more coming, even if you think “It is time for the Jedi to end.”