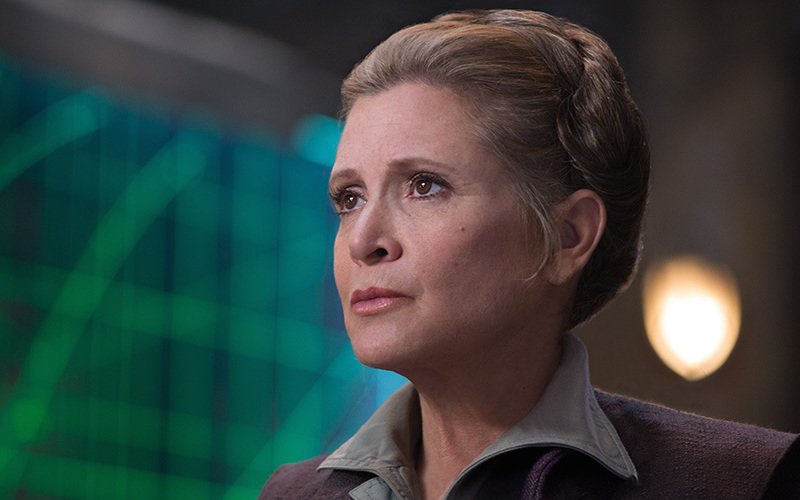 Leia Organa Will Live On in Episode IX

Han Solo may have met his end in Star Wars – Episode 7: The Force Awakens, but Harrison Ford is still with us (*knock on wood*).

The character of Princess (now General) Leia Organa still lives and breathes in the Star Wars universe, even though actress Carrie Fisher has died.

Star Wars fans around the world were absolutely ecstatic to see members of the original trilogy’s cast – especially Harrison Ford, Carrie Fisher, and Mark Hamill – back on the big screen as their iconic characters in The Force Awakens.

We collectively succumbed to Nerd PTSD when Han was taken from us, and held our breath to see how Leia would fare in light of his tragic passing.

When Fisher died just after Christmas last year, it was as if another trusted friend and role model had followed Solo to his grave.

Fisher had already finished work on Episode VIII: The Last Jedi, and Disney CEO Bob Iger has confirmed that her scenes will not be changed as a result of her death.

“Her performance, which we’ve been really pleased with, remains as is.”

In terms of Episode IX, prior to Fisher’s passing, the directors had planned to have her reprise her character.

A young Princess Leia had appeared right at the end of Rogue One: A Star Wars Story, thanks to state-of-the-art CGI technology (and a Norwegian actress, Ingvild Deila, who spent consider time mimicking and practicing Leila’s facial movements and mannerisms).

This needed to be done, as Rogue One depicts events leading right up to the first moments of Episode IV: A New Hope, which starred a then 19-year-old Fisher; Fisher was 61 at the time Rogue One was made.

Disney had obtained Fisher’s permission beforehand, and she was given a Special Thanks in the credits (as was the estate of Peter Cushing, who died in 1994, and whose character General/Grand Moff Tarkin had a much more extensive CGI treatment). A ray of hope comes from Fisher’s brother, Todd, who told The New York Daily News that he and Billie Lourd (Fisher’s daughter, who incidentally has a recurring role in the new trilogy) have granted Disney permission to use footage of Fisher – presumably taken during the The Force Awakens and The Last Jedi shoots – and to incorporate it into Episode IX.

Todd Fisher said. He likened his sister’s legacy (as Leia) to what befell Obi-Wan Kenobi in Episode IV when he was cut down by Vader.

One thing is certain with respect to Princess Leia/Carrie Fisher: Disney will very likely bring her back to us in Episode IX with the utmost respect.

After all, they appear to be planning to give fans the last real glimpses of the beloved princess as she was meant to be played, rather than transferring the mantle to another actress.

Episode VIII: The Last Jedi is scheduled for release on December 15, 2017, and Episode IX (still untitled) will grace screens in 2019.