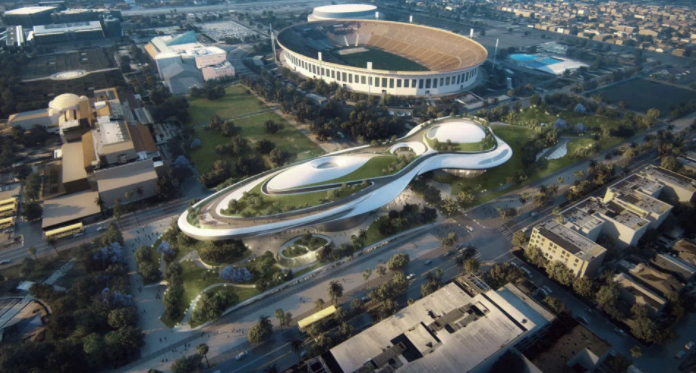 It’s no secret that George Lucas and Star Wars have had a huge influence on how we live today. His tales of brave heroes, evil villains and amazing creatures in a galaxy far, far away revolutionized movie storytelling, special effects and marketing. Not only that, they helped popularize the works and ideas of writer Joseph Campbell and provided generations with characters to admire and emulate.

With all of this in mind, perhaps it’s only right that the best known works of Lucas and the company he founded, Lucasfilm, will get their own museum. On June 27, the Los Angeles city council voted unanimously to build the Lucas Museum of Narrative Art. According to the Los Angeles Daily News, the museum will stand five stories tall and 300,000 square feet wide and cost an estimated $1.5 billion to complete. It will house the Star Wars and Indiana Jones creator’s collection of memorabilia, illustrations and paintings.

The Lucas Museum will likely become a Mecca for fans of the Jedi and the Force. The displays at the museum will include costume designs, concept drawings and other materials from Lucas’s personal archives.

Originally, Lucas and his wife, Mellody Hobson, had hoped to build the museum in either San Francisco or Chicago (Lucas and Hobson’s hometowns, respectively). However, the project encountered opposition from local agencies and preservationists.

The Daily News reported that strong lobbying from LA mayor Eric Garcetti and other figures persuaded the couple to bring the Lucas Museum to the City of Angels. Before the city council voted, Garcetti thanked Lucas and Hobson

For bringing this vision of creativity … to inspire generations to come to be creators and to seize their dreams.

According to Lucas, the museum will be geared towards the audience he first envisioned for Star Wars: adolescents. He hopes that it will encourage kids to

See outside the little road that they’ve got carved out for themselves.

Designed by Ma Yasong of MAD Architects, the Lucas Museum will be located on 11 acres of land in LA’s Exposition Park. It will include a public park, garden, research library, café and restaurant and gift store. The museum will also feature theaters and classrooms. Construction will begin in early 2018 and is scheduled for completion in 2021.