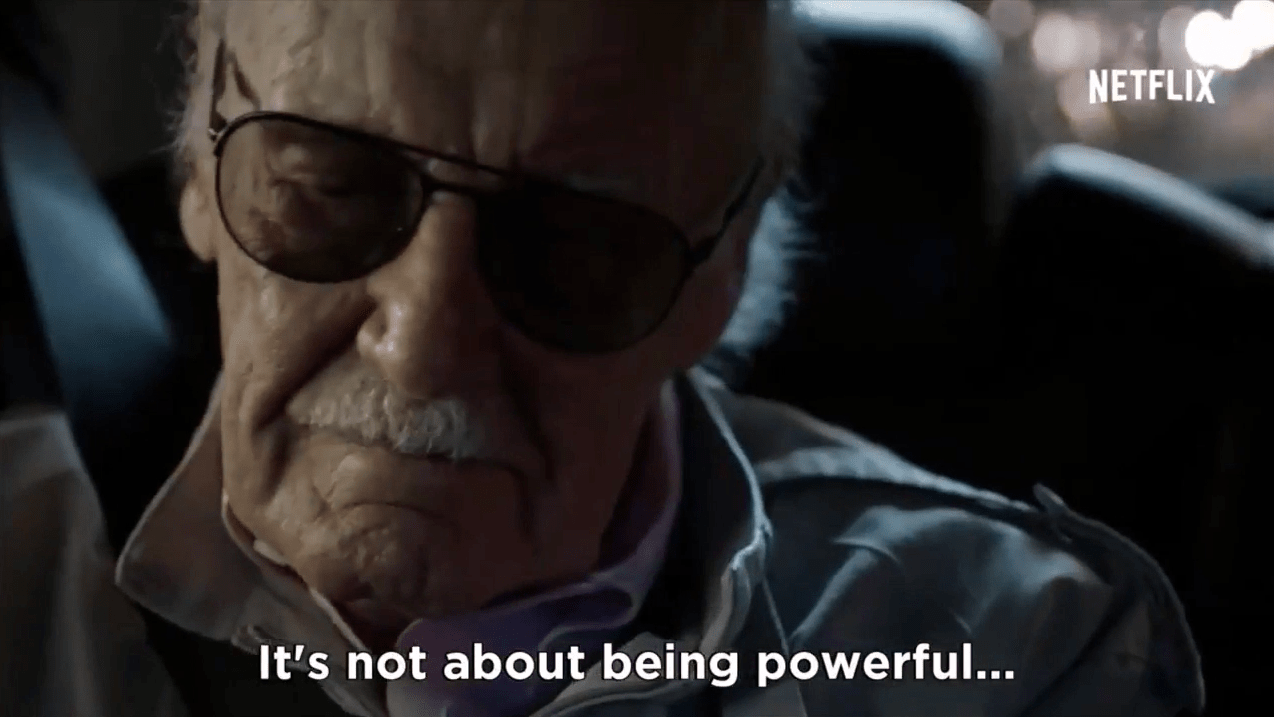 The Marvel Universe is home to more than its share of beloved characters. However, just as recognizable and beloved is the guy who created a lot of them: Stan “The Man” Lee.

Not unlike Alfred Hitchcock’s films, one of the fun things about the latest crop of Marvel movies is spotting Stan Lee’s cameos. So it’s not too surprising that he shows up in the new trailer for Marvel and Netflix’s upcoming series, The Defenders.

Lee doesn’t just make a cameo here, though. This time, he’s front and center. The trailer—which premiered at this year’s San Diego Comic Con—shows Lee getting driven in a town car through New York City. Along the way, he comes across each of The Defenders’ five heroes: Daredevil, Jessica Jones, Luke Cage, Iron Fist and, in the trailer’s final 12 seconds, the Punisher.

The trailer features some narration by Lee that breaks down what heroes do:

Heroes show us that you don’t need to be perfect to do what’s right. It’s not about living without fear but facing injustice. It’s not about being powerful but finding your calling when you least expect it. They show it’s okay to be vulnerable, no matter how tough you are. Because even though they’re heroes, they’re still human.

Well, he would know, wouldn’t he?

The Defenders should come out on Netflix later this year. No word yet on The Punisher’s release date, but in the meantime, you can check out Daredevil Seasons 1 and 2, Jessica Jones Season 1, Luke Cage Season 1 and Iron Fist Season 1.