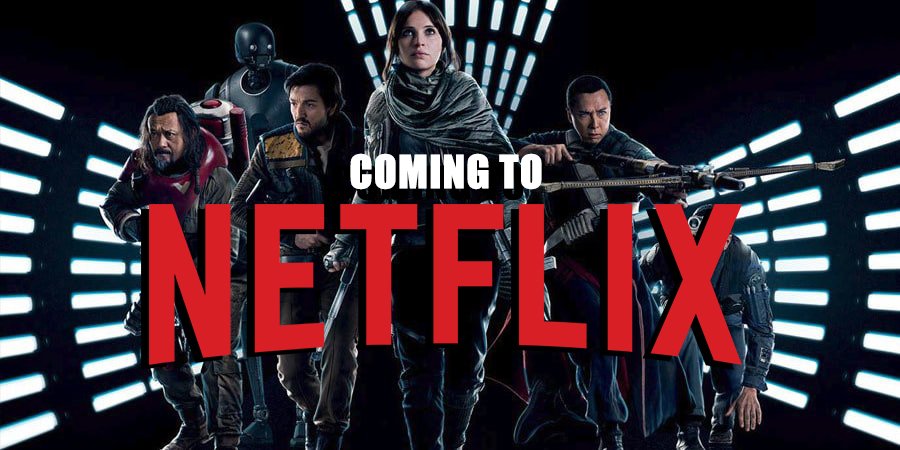 Rogue One: A Star Wars Story Coming to Netflix on July 18

Skeptics said there would never be another Star Wars movie as good as the original trilogy. Then came Rogue One.

The first of the so-called “anthology” films, Rogue One: A Star Wars Story came out to near-unanimous acclaim last December. Thanks to engaging new characters, solid performances and stunning action sequences, some critics and fans even went so far as to call it the best Star Wars movie since The Empire Strikes Back.

Rogue One came out on DVD and Blu-Ray back in April. Netflix subscribers will finally get to see this thrilling tale from a galaxy far, far away on July 18. This will make it the first film in the Star Wars franchise ever available on Netflix.

According to a deal between the streaming and DVD rental powerhouse and Disney, Netlfix will have every Disney film released after January 1, 2016 available on-demand or by mail. Since the deal included Disney-owned companies like Lucasfilm, Marvel and Pixar, this means that subscribers will get to stream hit films like Doctor Strange, Moana and (after it finishes its run in theaters) The Last Jedi.

Rogue One takes place right before the original 1977 Star Wars film. It stars British actress Felicity Jones as Jyn Erso, a hard-bitten criminal and former freedom fighter. Her father, scientist Galen Erso (Mads Mikkelsen), was captured years ago by the Empire and forced to work on a weapon of unprecedented power known as the Death Star.

Members of the fledgling Rebel Alliance break Jyn out of an Imperial labor camp and make her an offer: Put them in contact with the militant Saw Gerrera (Forest Whitaker) and get intel on the Death Star in exchange for her freedom. Jyn’s journey takes her to distant planets and leads to encounters with Rebel officer Cassian Andor (Diego Luna), ex-Imperial security droid K-2S0 (Alan Tudyk) and warriors Chirrut Imwe (Donnie Yen) and Baze Malbus (Jiang Wen). Meanwhile, the sinister Director Krennic (Ben Mendelsohn) pushes relentlessly to bring the Death Star online.

Rogue One was a gargantuan box-office hit, earning $532 million in the US and more than $1 billion worldwide. This made it the second highest-grossing film of 2016—Captain America: Civil War came in first with $1.15 billion—and the second highest-grossing Star Wars film to date (The Force Awakens holds the number one slot with more than $2 billion).

If you’re impatient to see Rogue One again, you can buy or rent it now on DVD, Blu-Ray and VOD. Whichever option you choose, may the Force be with you.