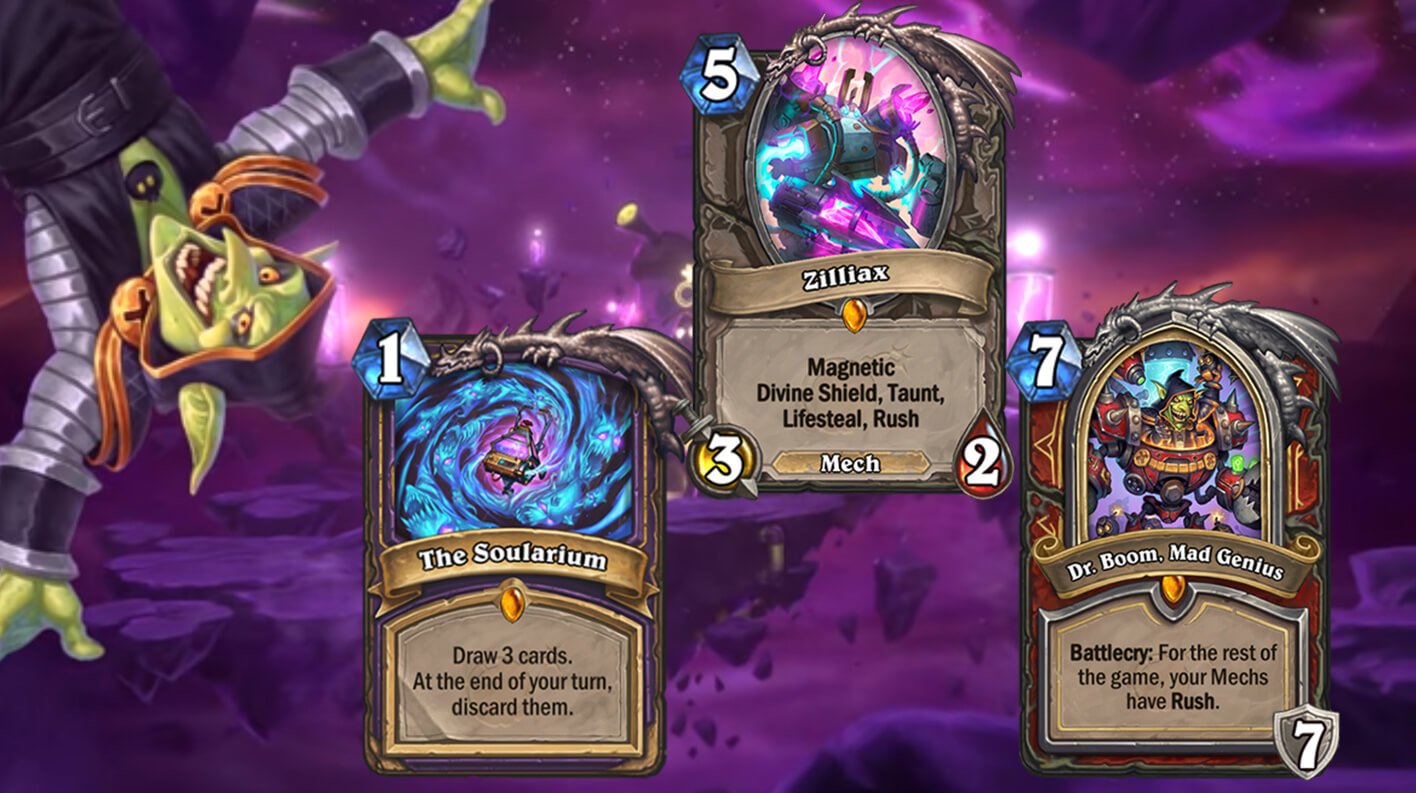 At the start of an expansion, everyone looks at their collection and decides one key decision – what legendary am I going to craft first? Depending on how conservative you choose to be with your dust, you may have enough for just one special legendary of your choice or you may have the ability to craft five or more.

However, deciding which legendary will stand the test of time through changes in the meta and remain a good use of your valuable dust is hard to know. That being said, whenever a new expansion starts, I wait one week before making this tough decision.

After analyzing the current meta, where I believe the meta is heading, and overall value, I have come up with my list of the top 3 safest legendaries to craft. Enjoy ? Included in virtually every mech deck you will see, Zilliax is a great way to swing the game’s advantage in your favor. Providing not only a body but a last-minute heal as well, Zilliax has the ability to bring you back from a game you’re losing, to one now in your favor.

A lot of mechs have been released this expansion that your enemy does not want to kill (Mechanical Whelp, Goblin Bomb, Mechano-Egg). Zilliax not only buffs the mech of your choice but also forces the enemy to focus that minion down first. Plus, the fact that this is a neutral legendary means it will be used by a multitude of classes.

If you like playing with mech decks of any kind, this should be your #1 craft. Primarily used right now in Aggressive Warlock (Zoo) decks, The Soularium is widely considered one of the strongest cards of the expansion. Due to Warlock’s low-cost minions, this card serves as a 1-mana draw 3 and play some if not all of the cards you have drawn.

Although this card is seen mostly in faster decks, The Soularium also has a home in discard warlock decks and control decks.

For example, if you’re playing a control deck, searching for that Twisting Nether before death, this card allows you a last-ditch effort to obliterate the board. Due to the fact that it can be played in almost every warlock deck, I have awarded this card the title of legendary craft #2. A second, sleeper reason I believe this card to be a very strong and safe craft choice is due to the fact that after April when other classes have had their death knight hero cards phased out, Warrior will still have a very strong legendary hero to play with. And lastly, let’s face it, this card is strong.

Even with the rng that comes from this card’s hero power, the ability to give all mechs you play rush, makes this card a substantial swing card. With that, this card earns the title of legendary craft #3.

Demonshrub is a monthly recurring legend player and tournament goer. His goal is to provide informative and well-structured content to help players achieve their desired rank in Hearthstone.