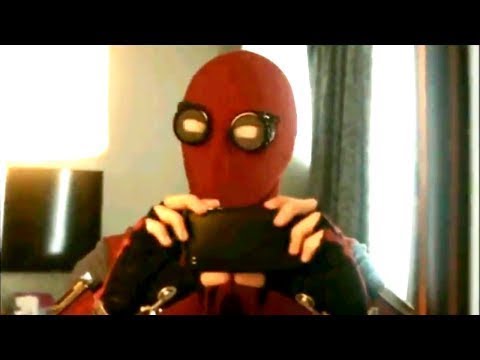 Give Marvel Studios this much: They know how to plan ahead. Spider-Man: Homecoming comes out on July 7, but Marvel is already anticipating a sequel. Not only that, they’ve figured out where the sequel will occur on the Marvel Cinematic Universe’s timeline.

Recently, Spider-Man: Homecoming producer Amy Pascal told Fandom that the sequel will take place after the storyline of Avengers: Infinity War and an untitled fourth Avengers film. There won’t be much of a time gap between the movies either: Pascal said that the second stand-alone Spider-Man film will start “minutes” after the fourth Avengers movie.

Pascal’s statement confirms what Marvel Studios president Kevin Feige has said about Spider-Man: Homecoming’s sequel. In an interview published on June 25, Feige told io9 that the second Spider-Man movie would indeed kick off after Infinity War and its follow-up.

“It was purposefully done like this,” he said. “Like how the events of Captain America: Civil War impacted Peter as he was dropped off by Tony [Stark] and expected to go back to continue his sophomore year, how the hell are the events of [the next two Avengers movies] going to affect him as he, yes, goes back to his junior year?”

This news will give Spidey fans plenty to look forward to over the next couple of years. Avengers: Infinity War is currently slated for release on May 4, 2018. Infinity War’s sequel is scheduled for May 3, 2019. Finally, the yet-to-be-titled Spider-Man: Homecoming sequel should come out on July 5, 2019.

Give Marvel Studios this too: They know how to build up anticipation.