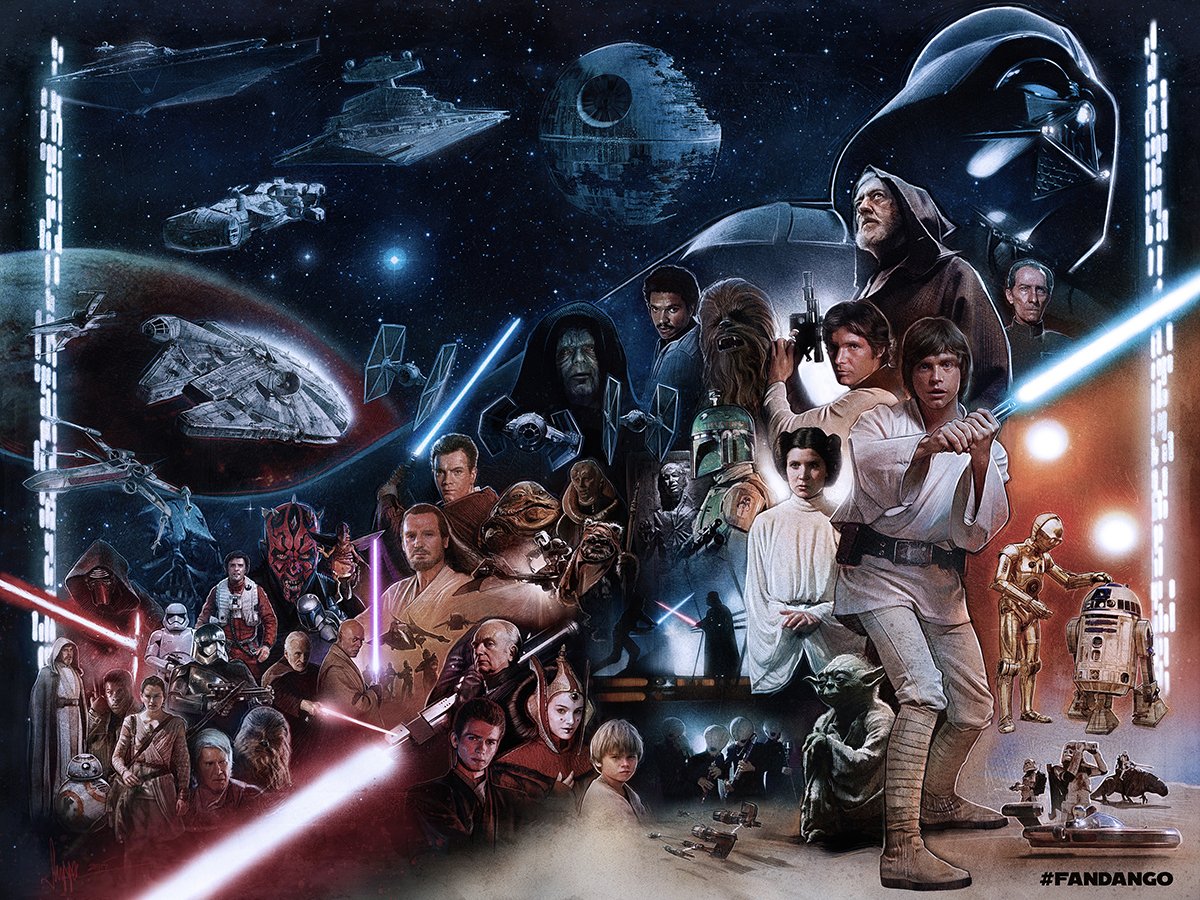 It’s said that even George Lucas did not foresee the impact his epic space opera, Star Wars, would have not only on the cinematic world but on popular culture for decades and generations to come.

He had conceptually intended Episodes IV-VI as one story, but they made sense as a trilogy of movies: Star Wars (1977) – subtitled Episode IV – A New Hope in 1981, The Empire Strikes Back (1980), and Return of the Jedi (1983). The original trilogy was acclaimed by audiences and critics alike. Although Lucas had created story outlines for Episodes I-III as he was wrapping Return of the Jedi, it would not be until 1999 that they would be released.

Various events, including his divorce, quelled his interest in the Star Wars franchise, but with advent of superior special effects technology, Lucas decided it was time for the prequel trilogy: Episode I – The Phantom Menace (1999); Episode II – Attack of the Clones (2002); and Episode III – Revenge of the Sith (2005).

The reviews for this prequel trilogy were very mixed.

Although a sequel trilogy (to the original trilogy) had been discussed early on, George Lucas has claimed that the Star Wars story was only intended to be a six part series.

In 2012, Lucas announced that he was stepping away from blockbuster movies in general (despite having made treatments for Episodes VII-IX); the occasional snide remark made during interviews suggests that the backlash he received over Episodes I-III may have been a factor. 2012 was also the year Lucasfilm was bought by Disney.

Disney announced that the next chapter in the Star Wars series would be released in 2015 and that this, along with two other films, would be based on the treatments Lucas worked on prior to the Lucasfilm sale.

Lucas would serve as creative consultant.

Despite the two-decade gap between the Episode IV and Episode VII: The Force Awakens (and the decade-long gap since the prequel trilogy), Star Wars was once again a critical, box office and merchandise titan, solidifying the franchise as one of the biggest in history. At the end of 2016, Rogue One: a Star Wars Story, proved that even a one-off Star Wars movie could sustain immense popularity.

Episode VIII – The Last Jedi will be in theatres at the end of this year. Another one-off film focusing on Han Solo is set to be released in 2018, and Episode IX (still untitled) is expected to hit screens in 2019, followed by another, untitled, anthology film in 2020.

Additionally, we may be looking at a Star Wars TV series or two.

A decisive cultural phenomenon for three generations, there appears to be no stopping for the Star Wars franchise. The Force has never left us and will be with us for a long time to come.

Let us know in the comments what Star Wars has meant to you and your families over the years.