We got our first (brief) look at the film in April at Star Wars Celebration, along with a behind-the-scenes reel at Disney’s D23 Expo in July, which offered a glimpse into the production of the movie itself.

Due to the discipline Disney has been demonstrating when it comes to plot reveals and character secrets, the expectation has been that the new trailer wouldn’t give anything big away; director Rian Johnson recently warned fans on Twitter that the hardest of the hardcore might want to even avoid watching this clip to preserve all of the film’s surprises.

I a legitimately torn. If you want to come in clean, absolutely avoid it.

It’s been six months since the first trailer for the highly-anticipated Star Wars sequel appeared, but now the wait for its follow-up is over.

If you’re like me you may have just screamed. Teared up. And just froze in shock out of all of the stuff we just saw.

Now that the trailer’s here, movie theaters have begun begin selling advanced tickets to the film; opening night is Thursday, December 14, and there are all kinds of special events and giveaways. 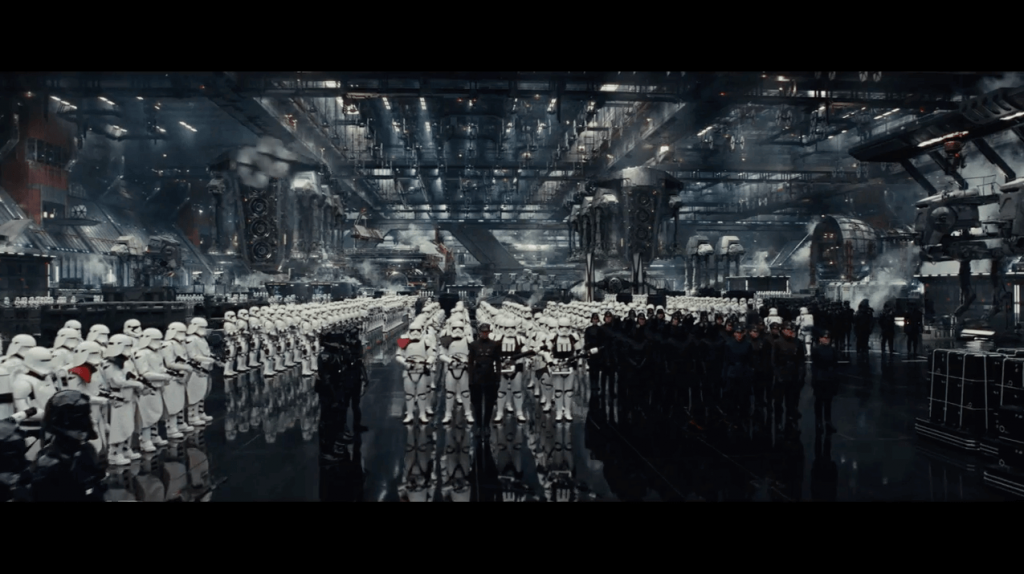