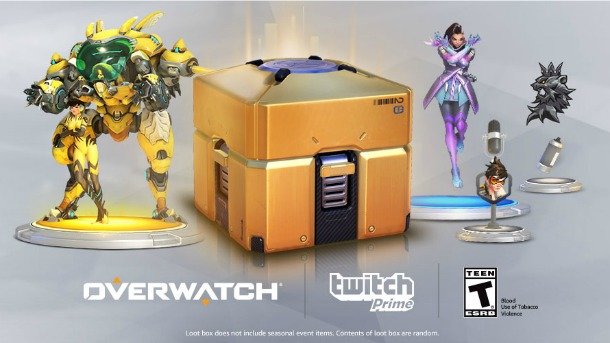 Blizzard and Twitch announced today that the companies have signed a two-year deal that will see the streaming service broadcast “select Blizzard esports content,” including the StarCraft 2 World Championship Series and Overwatch APEX League and Premier Series.

Additionally, Blizzard and Twitch are giving Twitch Prime subscribers free loot as part of the subscription service, starting with a free golden loot box for Overwatch.

Over the coming months – in August and October, specifically — Twitch Prime subscribers will get a total of 10 additional Overwatch loot boxes. Twitch and Blizzard have similar promotions in the works for Heroes of the Storm and Hearthstone players later this year.

More details about the promotion, including information on how to connect Twitch, Amazon and Blizzard accounts and how to redeem codes, are available at Twitch.