Ok so, let’s say you live in 1960s England and you work at a newspaper company. Your job is pretty boring but you’re happy to be there and everyone else seems really happy too. But then you start noticing stuff, like how everyone is just a little too happy. 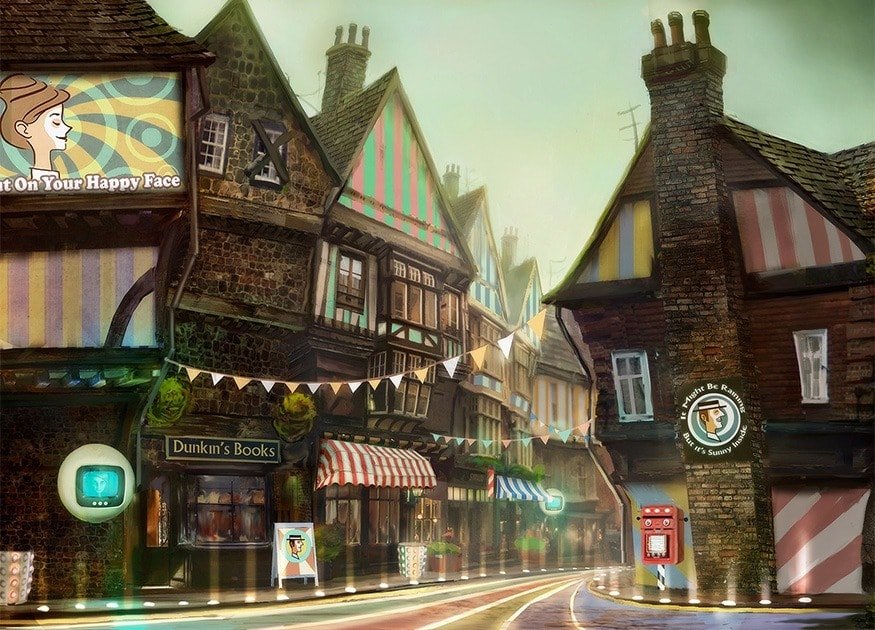 Welcome to We Happy Few, a survival horror game created by Compulsion Games to be released on PC and Xbox One. While the game is still in the alpha stages, We Happy Few is a thrilling survival where the player is thrust into a dystopian 1960s England. The game takes place on the island of Wellington Wells, a city where everything is great and there are definitely no problems whatsoever. Citizens take a drug called Joy which lets the user forget any emotions or memories that would make them sad and replaces them with a euphoric sensation and put on a “Happy Face”. With widespread use of Joy, the city transformed with regular Joy takers, called Wellies, leading successful lives while those immune or refusing to take the drug were forced out into the wastes, dubbed Wastrels or Downers. 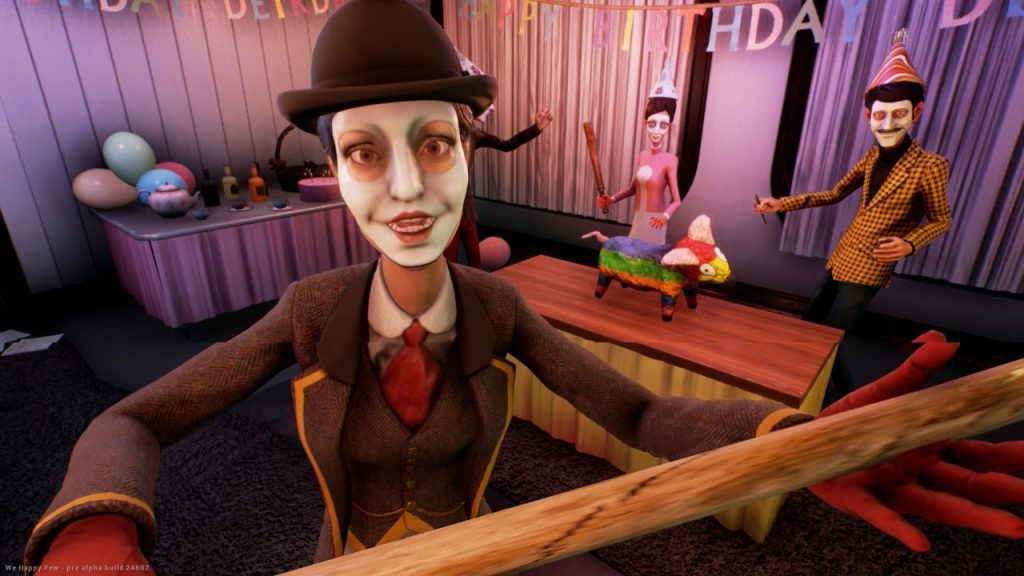 The gameplay operates from a first person perspective where players are allowed to freely explore the open-world of Wellington Wells and various districts that make up the city during the day or night. While exploring, the player can take up quests and tasks to get new items and unlock new areas with the ultimate goal of escaping. Survival and blending in is paramount as you make your way through Wellington Wells, gathering materials and crafting items makes the game challenging and allows a number of different strategies to tackle a singular problem. Another added nuance that the game has is that each play of Wellington Wells is procedurally generated. This means that each time you are exploring a different map and no two iterations are the same. While some missions and items may still be the same, the location can be different and adds some extra difficulty in navigating your way through. 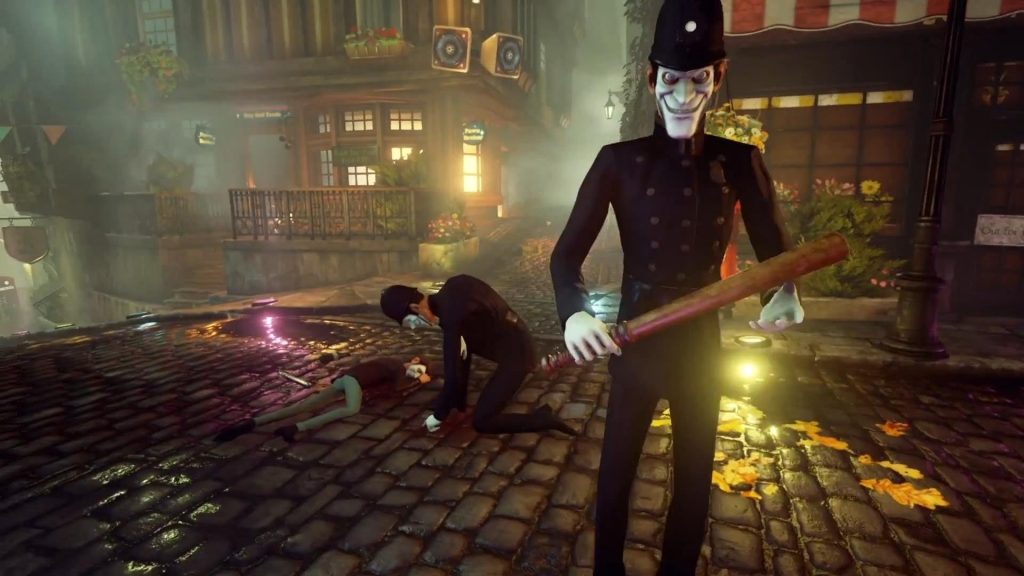 Upon my initial run for this game I was already impressed. The alpha build starts off with a short prologue that introduces us to one of the playable characters. The prologue serves as a very good first look to what the player might expect as they make their way through the city. While I find crafting and exploring very fun and simple, I do have some complaints about how the game presents hints and tips. The free roaming and exploration is a double edged sword, on one side players are offered multiple results to resolving problems, however this gives to the issue where certain quests are not balanced properly. 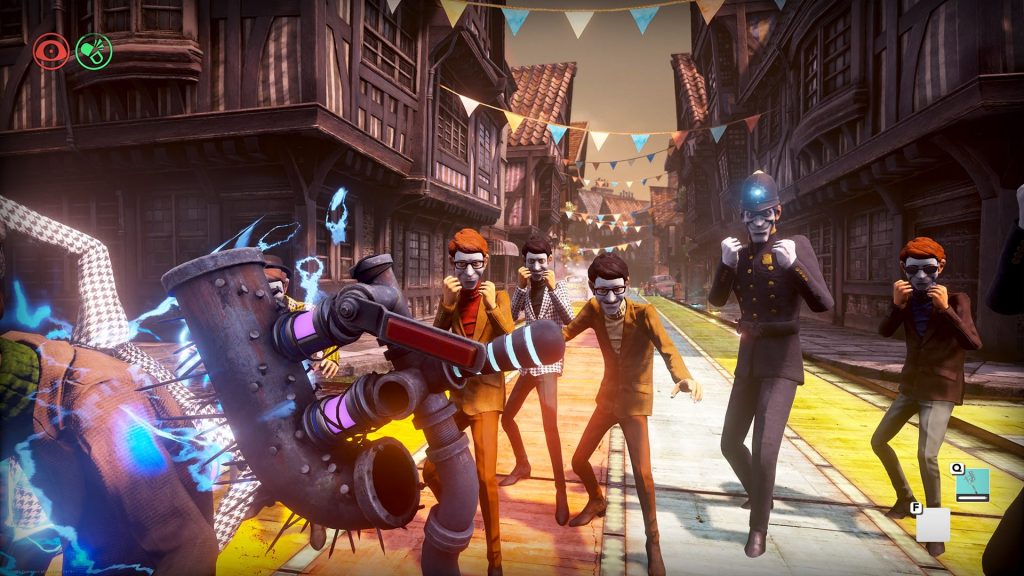 There have been multiple times where I will get several hours into a run and stumble across a beginner side quest and be reminded of tips that I have already known. This experience takes me slightly out of the overall immersion of the game and leaves me annoyed rather than actually progressing. Naturally since the game is still in alpha there are also a few glitches and bugs that do break the game very heavily such as trying to turn in an item for a quest and not being able to finish the quest. Thankfully, the game has undergone several updates to fixing certain issues and adding in a multitude of different mechanics that make me excited to s ee the game evolving.

Overall We Happy Few is a game that provides a renewing experience each time you load up a new game. While the crafting and surviving mechanics do add the extra difficulty to make the game challenging, the exploration can get very confusing when finding side quests and other objectives.