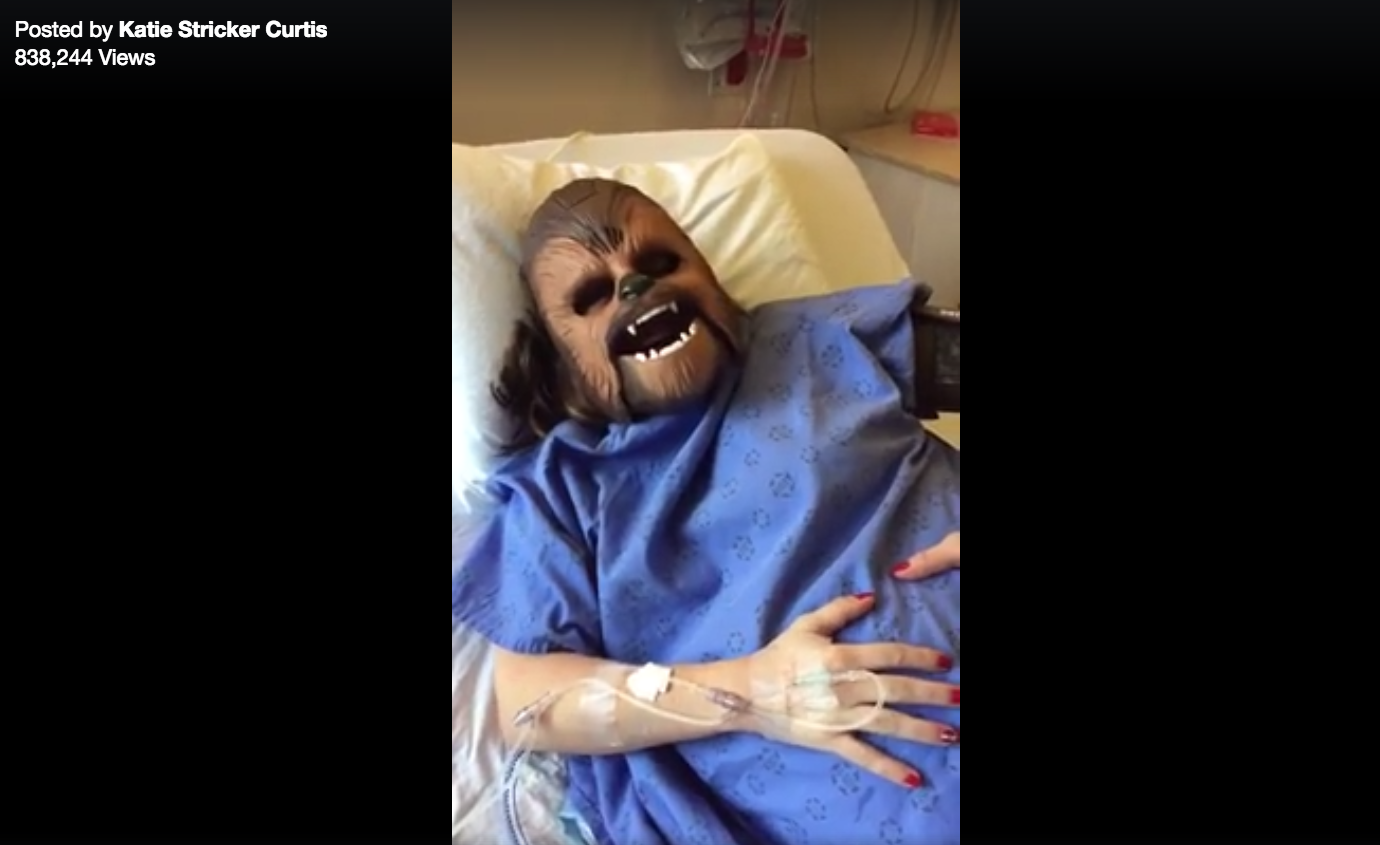 Giving birth isn’t exactly known for being a particularly hilarious event, but one mom from Detroit, US was determined to have as much fun as possible by going through her contractions while wearing a Chewbacca mask. As you’ll see from the video below, the mask, which first took over the internet by Candace Payne, otherwise known as “Chewbacca Mom”, translates all of Katie Stricker Curtis’s cries into the Wookie language known as Shyriiwook. It probably didn’t help to abate the pain much, but it certainly gave everybody else a good laugh!

According to Katie’s interview with Bored Panda:

I had seen the original Chewbacca video over the summer and thought it was so funny! Towards the end of my pregnancy I was like any pregnant mother and was trying desperately to induce labor. So for Christmas my brother got me the mask as a joke hoping I would laugh my way into labor! My doctor and all the nurses thought it was absolutely hilarious.

Katie uploaded the video to Facebook after giving birth to her son Jayden and has since gone viral. She wrote:

Are you a big enough Star Wars fan to do the same? Tell us in the comments.