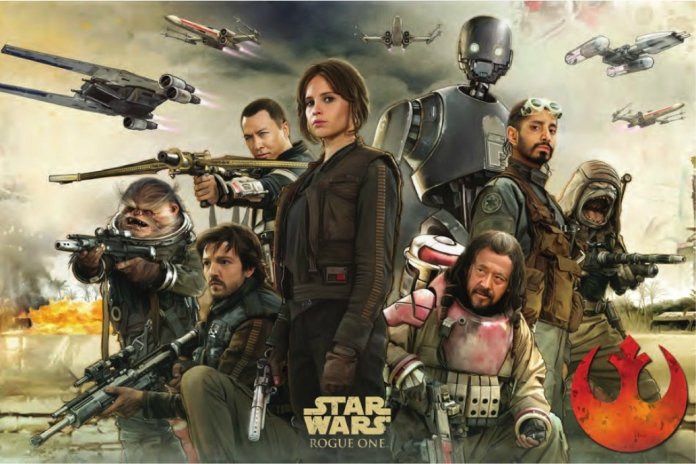 What’s Wrong With The ‘Rogue One: A Star Wars Story’ Blu-Ray And DVD Covers

Karl Rader0
Contents hide
1 Take a look at the Blu-ray cover for yourself:
2 Notice anything unusual about this one? I’ll wait…
3 Here’s this one:
4 It’s only a regular AT-AT.
5 For us though, we’re steelbook collectors:
6 #TheStruggleIsREAL for us collectors.

Take a look at the Blu-ray cover for yourself: Notice anything unusual about this one? I’ll wait…

It was mentioned some time ago when they were first announced, but strangely never corrected. Yes, that surely does seem like an overlooked detail. Also, it’s a reasonably easy fix.

Now, most people would glance at the box itself, and if you asked them they would say

However, for most non-rabid Star Wars fanatics, who cares?

But, most of us are hardcore Star Wars fans, so it irks us. Not as much as the DVD cover. We see the Scarif beach along with Darth Vader and the Death Star in the background of the horizon while what seems to be an AT-ACT on the left is not an AT-ACT at all.

It’s only a regular AT-AT.

It’s a let down to see so much hype built up about the new AT-ACT, but yet again, it was brushed aside. They were in all the trailers, and the toys were everywhere!

How did everyone miss these details with no one saying:

“Hey, those elements are wrong, let’s correct it.”

For us though, we’re steelbook collectors: Our biggest pet peeve with THIS particular one is that the steelbook versions for the first seven Star Wars film have already been released and they all match.

How come this one doesn’t??

#TheStruggleIsREAL for us collectors.